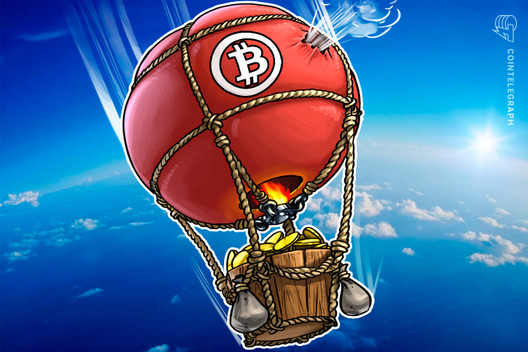 Bitcoin (BTC) fell to around its lowest levels this year on March 12 as another wave of coronavirus panic gripped both cryptocurrency and traditional markets.

Data from Coin360 and Cointelegraph Markets showed BTC/USD sliding under $7,400 on Tuesday. The last time such levels were seen was on Jan. 3.

At press time, the pair circled $7,330 as it reacted to news that U.S. President Donald Trump had halted all travel to mainland Europe for 30 days.

Trump, who had previously denied that coronavirus was a threat, maintained that the risk to most Americans was “very, very low.”

This was not enough to calm markets, however, with the Dow Jones abruptly shedding 20% of its recent highs. In London, which is excluded from the travel ban, the FTSE opened down 5.1%.

As Cointelegraph reported, analysts now broadly expect Bitcoin to move in step with market turmoil due to its lack of experience as a safe haven asset.

The network’s promising technical fundamentals, which had continued to hit records in recent weeks, now also felt the strain. Hash rate, a measure of the computing resources that miners were dedicating to validating the blockchain, fell from its all-time highs this week.

In the short term, should selling pressure remain, Cointelegraph Markets analyst Michael van de Poppe was looking for targets of $6,400 or $6,154.

“Already hit the levels here,” he said, referring to previous failures to hold support higher up.