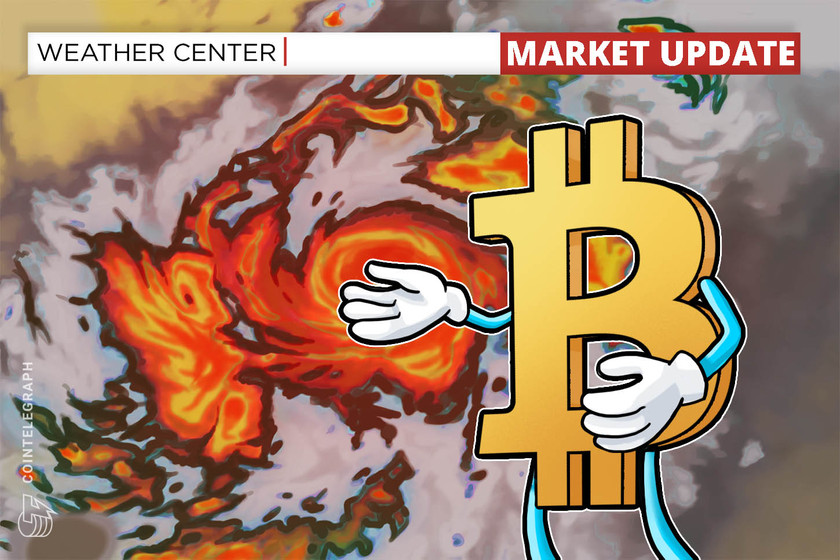 Bitcoin (BTC) and the broader cryptocurrency market turned lower later in the day on Dec. 31, erasing intraday gains to cap off a highly successful year on a weaker note.

BTC price fell below $46,000 on Dec. 31 and was last seen hovering below that level, according to data from Cointelegraph Markets Pro and TradingView. The flagship cryptocurrency is down over 5% from its intraday peak and 2.9% on the day to trade at $45,933.

Bitcoin's price is back on the defensive as the year draws to a close. Source: Cointelegraph Markets Pro

Altcoins faced a similar downward trajectory as Bitcoin, with the likes of Ether (ETH), Binance Coin (BNB) and Solana’s SOL each falling more than 2%. Cardano’s ADA declined over 4% on the day.

The combined market capitalization of all cryptocurrencies shed over $100 billion from its intraday peak, falling from a high of $2.4 trillion to $2.27 trillion, according to CoinGecko. 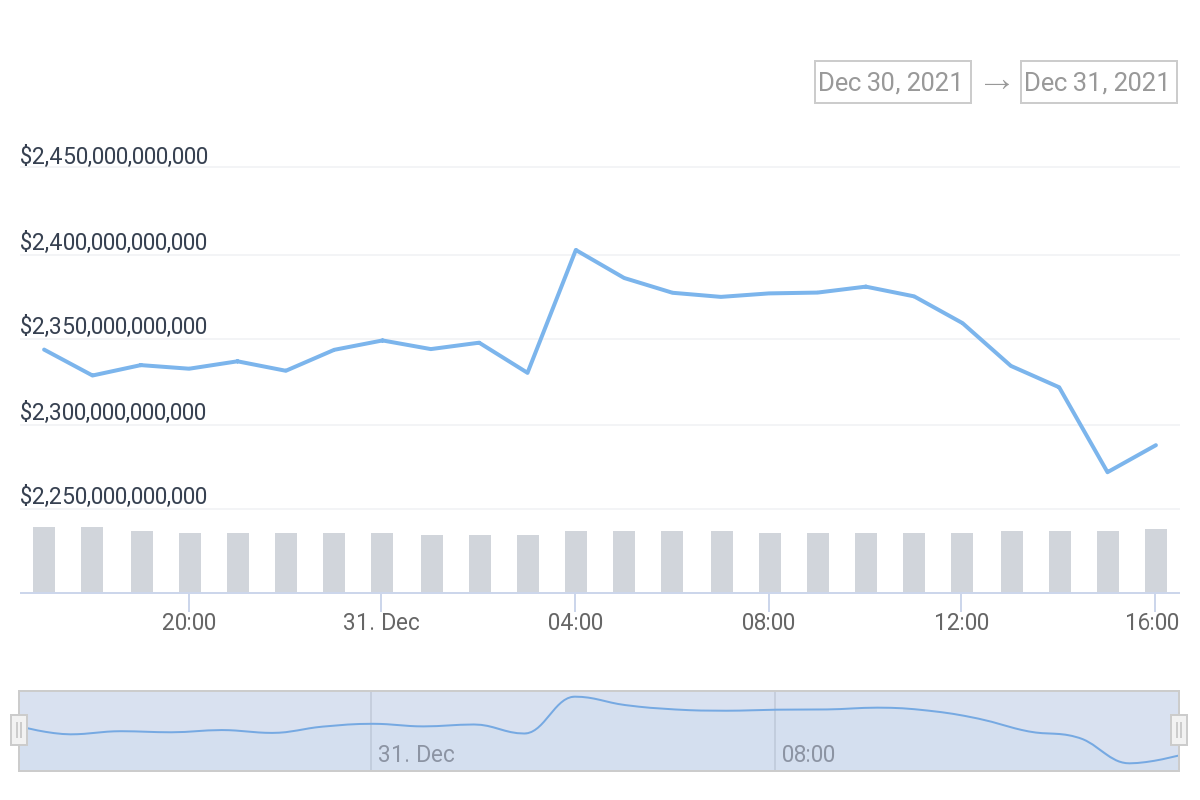 The crypto market cap was down more than $100 billion from its intraday peak. Source: CoinGecko

The sudden reversal followed a modest relief rally for BTC and other cryptocurrencies that took place early on Dec. 31. As Cointelegraph reported, Bitcoin’s price appreciated by more than $1,500 in less than an hour — a rally that may have been aided by a December options expiry event worth roughly $6 billion.

Bitcoin is bracing for a year-to-date return of less than 60%, which is well below what many, if not most, prognosticators were calling for at the start of 2021. Although BTC never came close to achieving lofty six-figure valuations, the leading cryptocurrency continues to attract investors with a low time preference. (Investors with a low time preference place more emphasis on their financial well-being in the far future as opposed to the present.)

BTC’s recent price correction has been largely driven by so-called crypto tourists who entered the market in the summer. As Cointelegraph recently reported, veteran holders are still selling record-low amounts of BTC as of late December. Meanwhile, buying activity on Coinbase appears to have picked up substantially toward the end of the year.

Earlier this week, UTXO Management analyst Dylan LeClair said “The true OGs are holding tight,” in reference to Bitcoin’s long-term holders having a much lower on-chain cost basis than those who are currently selling. The average on-chain cost basis for long-term BTC holders is $17,825 compared with $33,890 for those currently spending their coins.

#Bitcoin long-term holders have an average on-chain cost basis of $17,825, but the ones currently moving spending their coins have a cost basis of $33,890.

In addition to the retail-oriented class of long-term hodlers, the crypto market saw an influx of sophisticated institutional investors in 2021. Net proceeds into crypto funds exceeded $9.3 billion in 2021, with Bitcoin accounting for over two-thirds of that total, according to CoinShares data. These funds registered 16 consecutive weeks of inflows through Dec. 13.

Poloniex celebrates its 8th anniversary in the crypto space!

Ethereum Is No Longer a One-Chain Ecosystem

DeHorizon with its DAO: A brand-new attempt in the Metaverse field