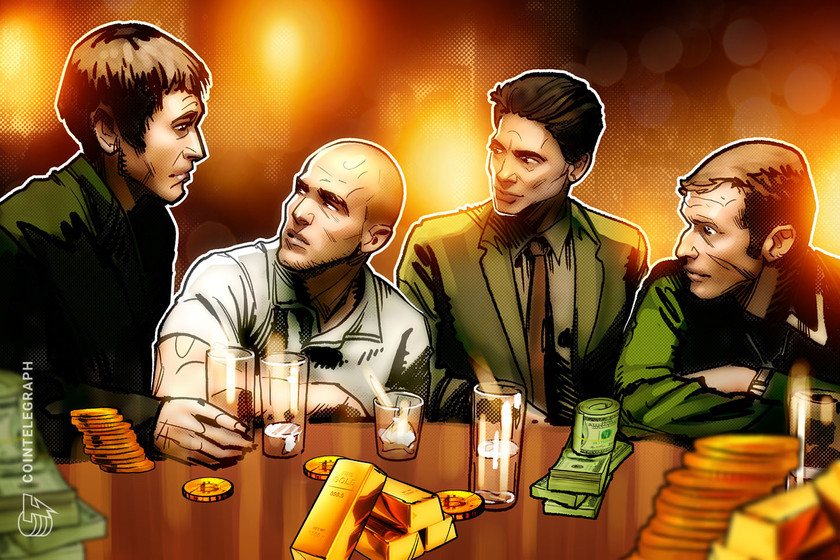 Despite Bitcoin’s online sentiment being at a two-year low, analytics say that BTC may be on the verge of a breakout.

The global economy doesn’t seem to be in a good place right now, especially with countries such as the United Kingdom, France and Spain imposing fresh, new restrictions across their borders, thereby making the future financial prospects of many local business owners even bleaker.

As far as the crypto economy goes, on Sept. 21, Bitcoin (BTC) dropped by nearly 6.5% to the $10,300 mark after having stayed put around $11,000 for a few weeks. However, what is interesting to note this time around is the fact that the flagship crypto plunged in value simultaneously with gold and the S&P 500.

From a technical standpoint, a quick look at the Cboe Volatility Index shows that the implied volatility of the S&P 500 during the aforementioned time window increased quite dramatically, rising above the $30.00 mark for the first time in a period of more than two months, leading many commentators to speculate that another crash akin to the one in March could be looming.

It bears mentioning that the $30 mark serves as an upper threshold for the occurrence of world-shocking events, such as wars or terrorist attacks. Otherwise, during periods of regular market activity, the indicator stays put around $20. 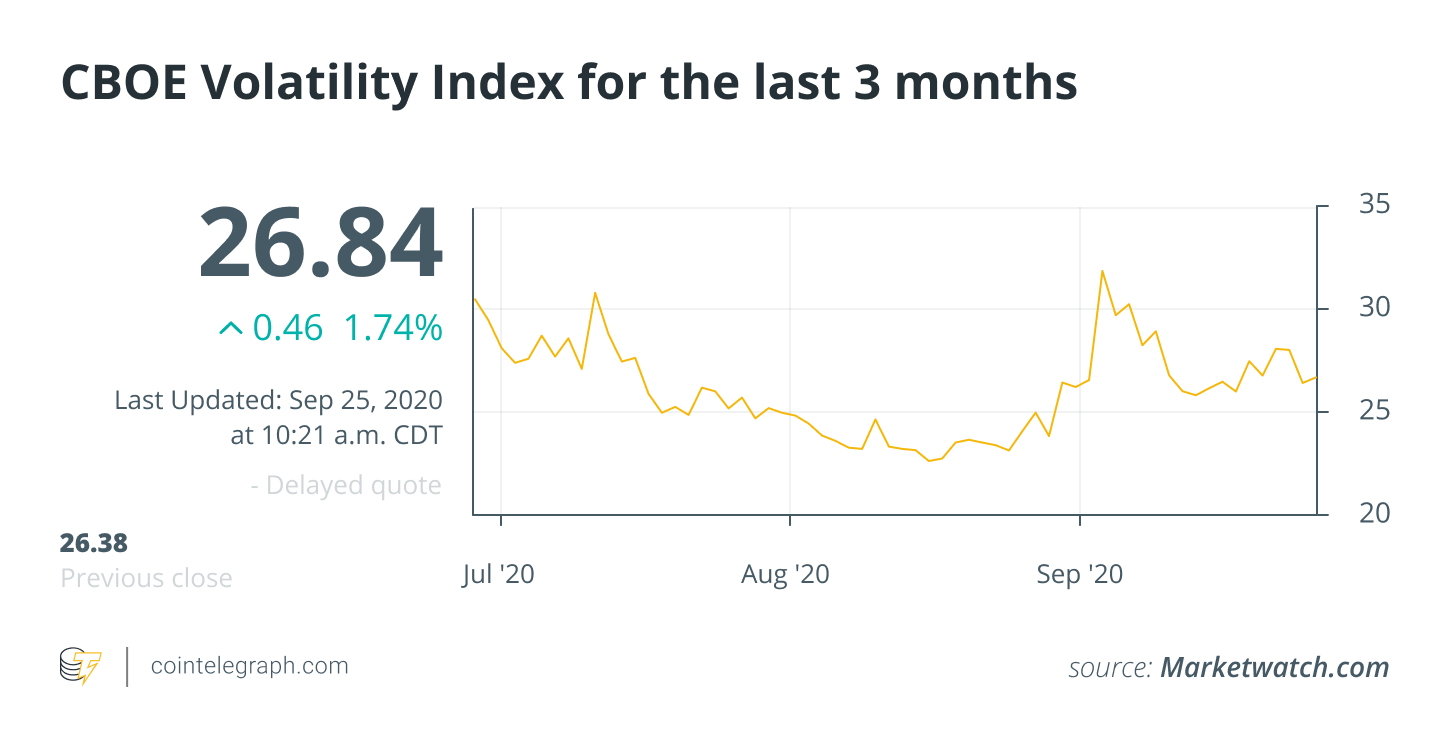 When looking at gold, the precious metal has also sunk heavily, hitting a two-month low, while silver saw its most significant price drop in nine years. This waning interest in gold has resulted in speculators believing that people are once again turning toward the U.S. dollar as a financial safe haven, especially because the dollar index has maintained a relatively strong position against other premier currencies such as the Japanese yen, the Swiss franc and the euro. 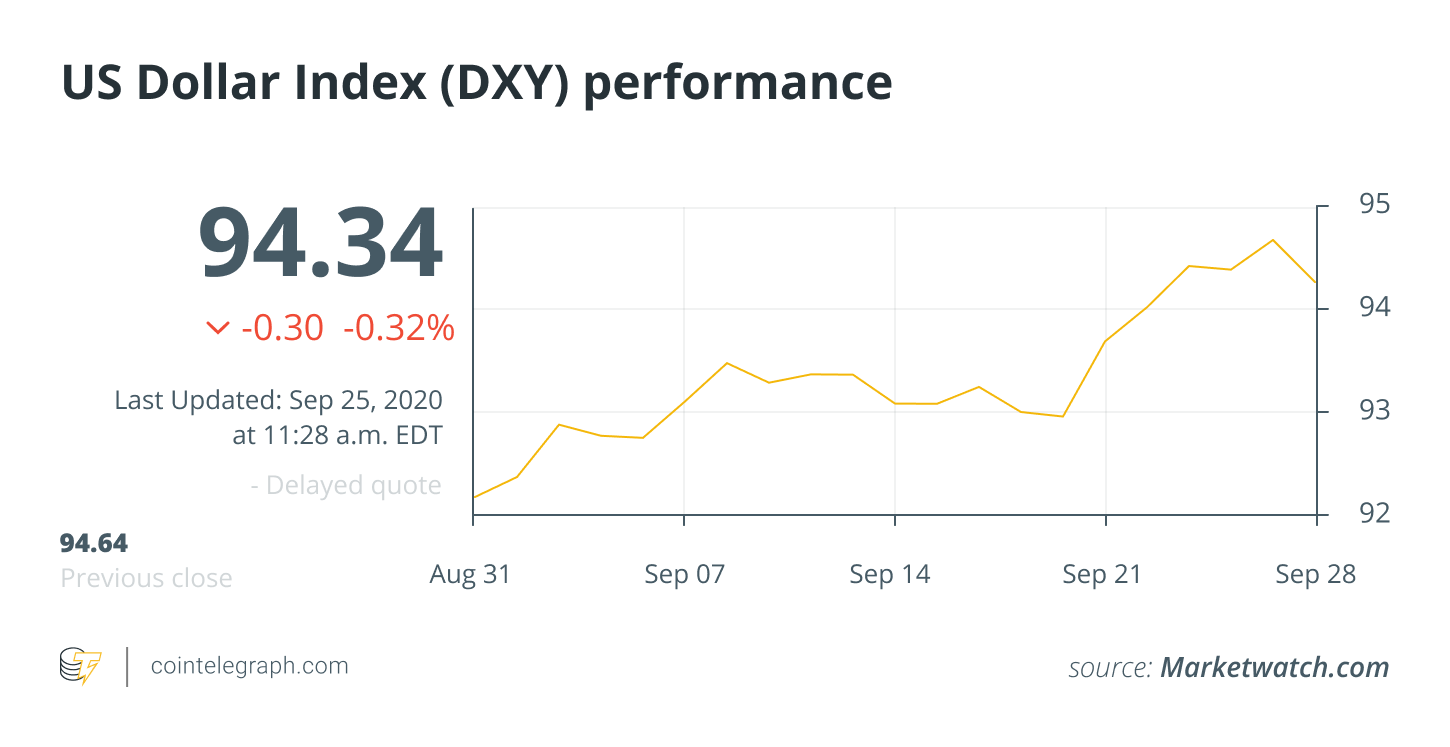 Speaking of Europe, the continent as a whole is currently facing a potential economic crisis, with many countries dealing with the imminent threat of a heavy recession due to the uncertain market conditions that have been induced by the COVID-19 scare.

Is there more than meets the eye?

While there has been a definite correlation in the price action of the crypto, gold and S&P 500 markets, Joel Edgerton, chief operating officer of crypto exchange bitFlyer, highlighted in a conversation with Cointelegraph that when compared with other assets — such as precious metals, stock options, etc. — crypto has exhibited far greater volatility.

In particular, he pointed out that the BTC/USD pair has been sensitive to the movements of the U.S. dollar, as well as to any discussions related to the Federal Reserve’s potential strategy change seeking to spur national inflation to above the 2% mark. Edgerton added:

“The price movement is mainly driven by institutional business with retail customers continuing to buy the dips and accumulate assets. A key point to watch is the possible effect of the US election and if that changes the Fed’s response from its current very accommodative stance to a more normal stance.”

Lastly, he opined that any changes to the U.S. tax code could also have a direct effect on the crypto market, especially as various states, as well as the federal government, continue to be on the lookout for newer tax avenues to make up for the stimulus packages that were doled by the Fed earlier this year.

Sam Tabar, former managing director for Bank of America’s Asia-Pacifc region and co-founder of Fluidity — the firm behind peer-to-peer trading platform Airswap — believes that crypto, as an asset class, continues to remain misunderstood and mispriced: “With time, people will become increasingly more aware of the digital asset space, and that sophistication will decrease the correlation to traditional markets.”

Could Bitcoin bounce back?

As part of its most recent plunge, Bitcoin stopped at a price point of around $10,300, resulting in the currency’s social media sentiment slumping to a 24-month low. However, contrary to what one may think, according to data released by crypto analytics firm Santiment, BTC tends to see a big surge whenever online sentiment around it is hovering in FUD — fear, uncertainty and doubt — territory.

1) Prices of $BTC and other #crypto assets tend to bounce most precipitously when the crowd is demonstrating a high level of FUD. This is exactly what we've been seeing for #Bitcoin, #Ethereum, and many #altcoins following the early September pic.twitter.com/YiCX3kZiur

The firm said that this trend of negative online sentiment witnessed since the beginning of September is not only relevant for Bitcoin but also for Ether (ETH), as well as some other digital currencies. It went on to state: “Generally, the best buy opportunities in #crypto come when the average trader is down, both psychologically and financially. This is what our metrics currently indicate.”

The online sentiment of any cryptocurrency is usually calculated by accumulating social media datasets associated with the coin in question. This information is then processed using various machine-learning protocols so as to sort the data as being either positive or negative. Some analytics providers also make use of a metric called “market value to realized value,” or MVRV, which calculates the average profit and loss of different holders to determine whether a coin is currently over- or underbought.

The recent plunge was nothing special?

The tandem plunge in the value of stocks, gold and crypto was neither a coincidence nor due to any technical anomalies, as it’s normal to witness simultaneous dips across various markets during times of high uncertainty.

For example, over the course of the last few months, a number of investors worldwide have assessed the risks related to their existing portfolios and have started to liquidate their most volatile assets — which, in most cases, are cryptocurrencies and equities. Tabar noted that such plunges are part and parcel of volatile markets and that similar scenarios (minus crypto) were also witnessed back in 2008:

“As for commodities and gold especially, I agree with the narrative of scarce resources. Looking at the unique stimulus packages that have been launched in most of the world’s largest economies you could have expected such a move. I think in the crypto space, this narrative only holds for Bitcoin and not for any other cryptocurrency.”

Last but not least, it seems as though the stock market will continue to remain in a highly uncertain space, especially as the devastating economic impacts of the coronavirus pandemic will become exceedingly visible during the third and fourth quarters of this year.

Perhaps most importantly, the dollar’s dominance is once again on the rise, as is highlighted by the fact that the number of U.S. mortgage applications in recent weeks has increased to levels 25% higher than this time last year.

PayPal rumored to be eying acquisition of crypto custodian BitGo

PayPal’s crypto integration means Bitcoin could triple its user base