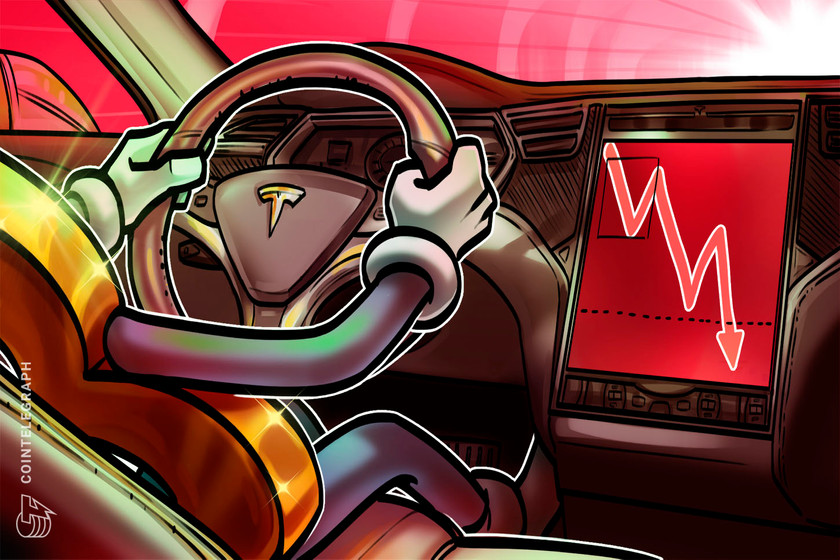 Elon Musk may have egg on his face after his comments effectively erase all the money his company made from buying Bitcoin.

Bitcoin (BTC) fell below $40,000 on May 19 as bearish sentiment continued to dictate price direction resulting in the cryptocurrency market losing $350 billion in value. 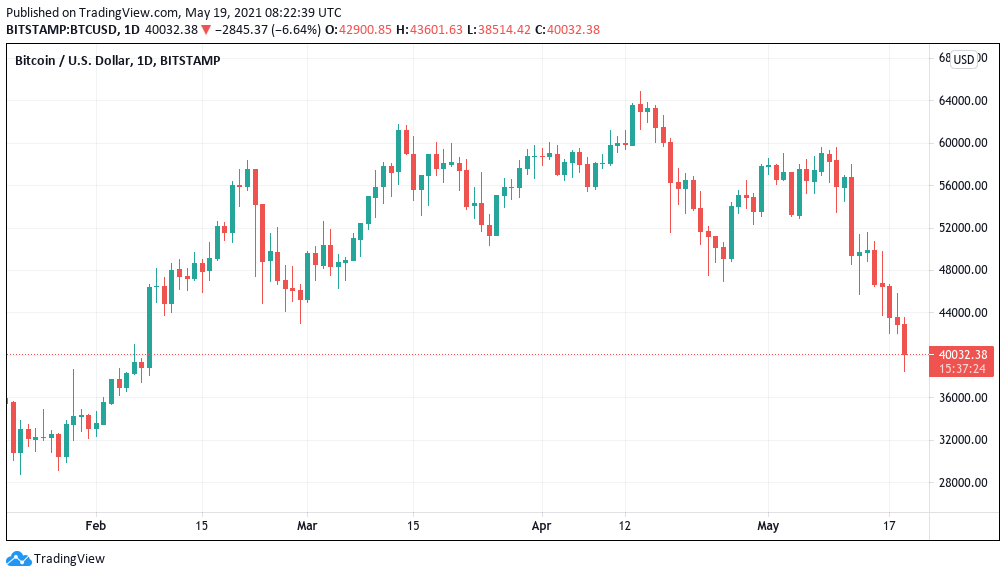 Data from Cointelegraph Markets Pro and TradingView tracked BTC/USD as it put in lows of $38,500 before bouncing higher.

Coming after a week of successive drops, Wednesday's dip put Bitcoin at its lowest level since early February and 40% below its all-time highs.

As Cointelegraph reported, those closer to the data were anything but bearish throughout the week, and even a sub-$40,000 BTC price failed to dampen their spirits.

"16,835 Bitcoin withdrawn from exchanges in last 10 minutes," analyst Lex Moskovski noted at the time of writing. 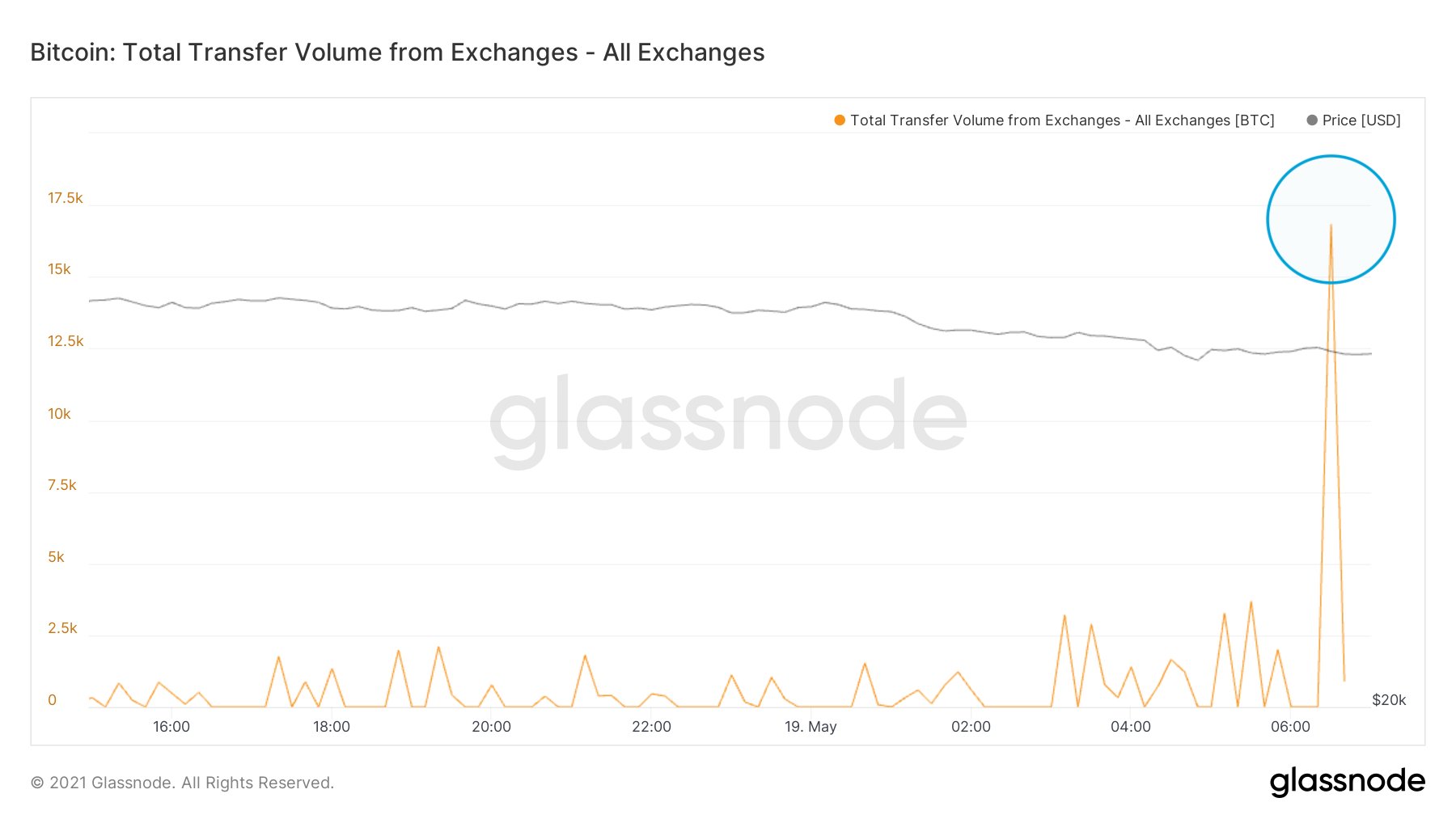 Elsewhere, the spotlight remained on Tesla and its CEO, Elon Musk. After taking the blame for the volatility in recent days, Musk was widely held to have cost himself and his company more than most others with his remarks.

With its return below $40,000, Bitcoin thus traded nearly at the same price on Wednesday as that at which Tesla bought $1.5 billion.

Its announcement came on Feb. 8, a matter of weeks after a likely transaction took place. Nonetheless, its profits from its BTC, which at one point totalled more than its entire history making electric cars, evaporated.

"We are back at Feb 8 open price of $39K, when Tesla made the bitcoin announcement," stock-to-flow model creator PlanB summarized.

According to monitoring resource Bitcoin Treasuries, Tesla's stash was worth just over $1.72 billion at the time of writing.

PlanB had been one of the most vocal critics of Musk, being joined by figures such as Saifedean Ammous, author of The Bitcoin Standard.

To clarify speculation, Tesla has not sold any Bitcoin

For his part, Musk had confirmed that Tesla had yet to sell any of its allocation.