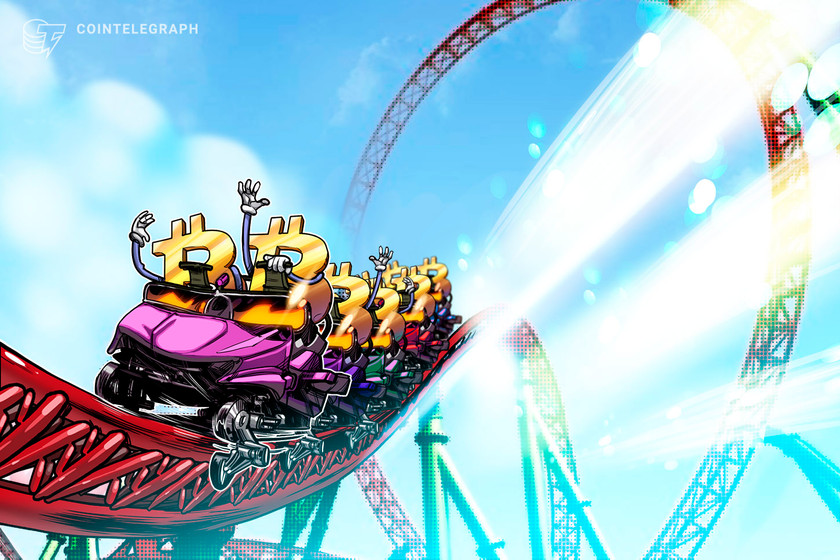 A simple look back at past BTC price dips means that a 55% correction from all-time highs is on the table, says Carter Worth.

Bitcoin (BTC) could drop to $29,000 and still be testing current support in line with past dips, claims CNBC’s “Chartmaster.”

In an appearance on the network’s Fast Money segment on Monday, Carter Worth, chief market technician of Cornerstone Macro, warned that the BTC bottom may be far from in.

Pick your average for a Bitcoin price floor

Analyzing recent price activity and comparing it to past Bitcoin bottoms, Worth said that current levels at around $45,000 represent the top of a support zone.

“I think we’re in support — it’s fighting, but my hunch is it goes lower.”

For Worth, this is a useful reference point, as 55% marks the average of every major price dip of 30% or more since 2011. As Twitter users noted, however, his calculations include events such as the 80% decline from all-time highs in 2017 — a process that took over a year to unfold.

Remove these, and the average is more like 36% — just about where BTC/USD bottomed this week.

Bitcoin moves on from Elon Musk

The mood among mainstream media more broadly on Bitcoin and altcoins is once again cautious in light of the publicity generated by Tesla CEO Elon Musk.

Added to this, the mixed fortunes of Coinbase’s COIN mean that bearish sentiment remains de rigueur for analysts who have spent months in shock at the pace of the industry’s gains.

As Cointelegraph reported, however, seasoned analysts from within Bitcoin circles are far from concerned, highlighting intact long-term price trends and even signs of bullishness already appearing.

On Monday, PlanB, creator of the stock-to-flow BTC price model, sought to draw a line under the Musk episode.

“OK moving on .. with current volatility, BTC at $44K and transaction volumes high, Bitcoin momentum (200 Week Moving Average and Realized Value) is still up and onward,” he commented on an accompanying chart. 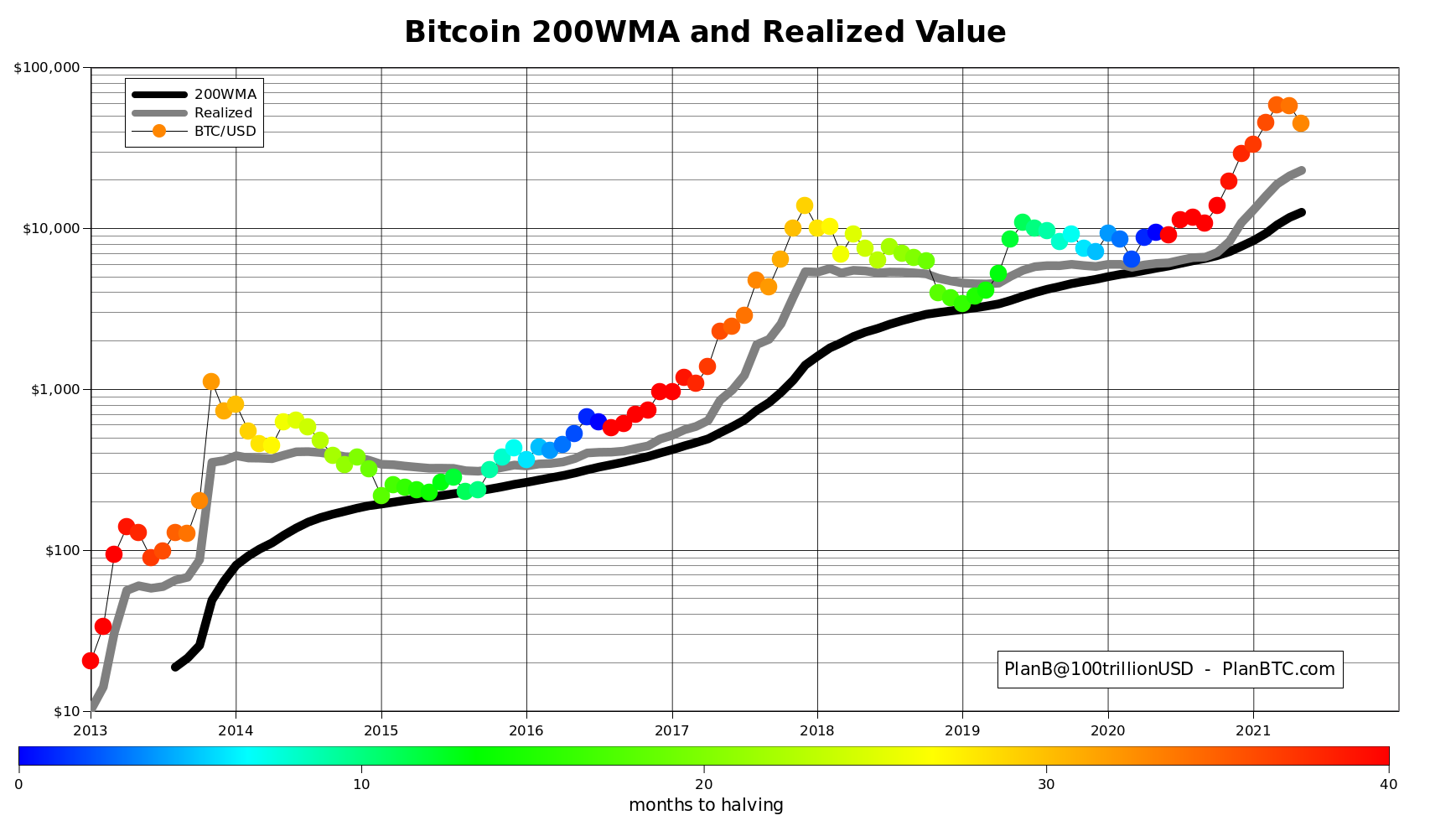 Bitcoin momentum chart as of May 17, 2021. Source: PlanB/Twitter

Realized value represents the price at which the entire Bitcoin market bought BTC and continues to advance despite recent volatility.