The crunch point for Bitcoin bulls is closer than you might think, argues Michael van de Poppe. 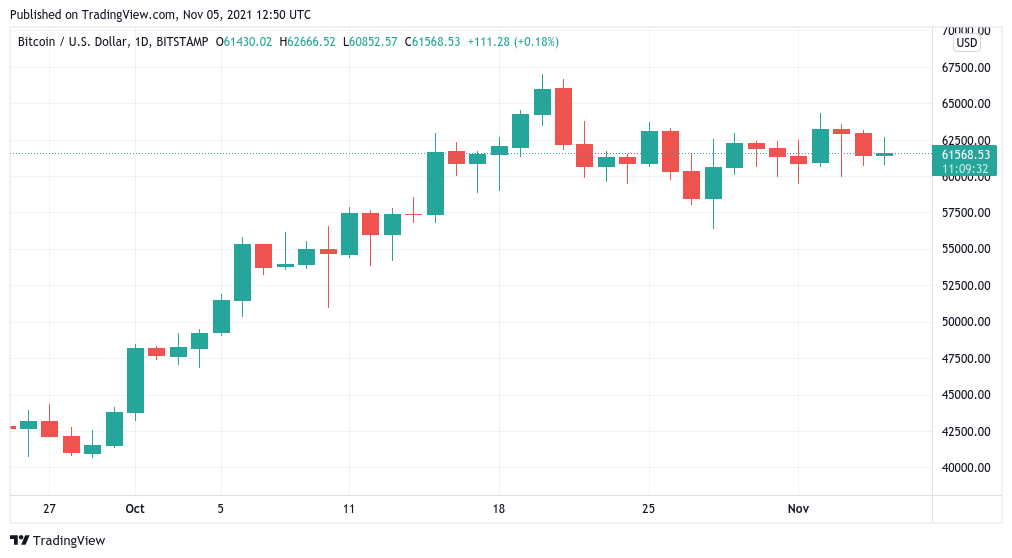 "So near yet so far" for BTC price all-time high

After multiple days of such moves, the focus from analysts remained firmly on altcoins as multiple tokens continued to rally to fresh record highs.

For Cointelegraph contributor Michaël van de Poppe, however, it would take surprisingly little for BTC price action itself to flip bullish.

In his latest YouTube update on the day, Van de Poppe argued that $64,000 would provide a springboard for bulls should BTC/USD break through it convincingly. The level has held as resistance throughout the week, surviving multiple breakout attempts.

He added that should such an event take place, the next resistance zone would not hit until Bitcoin had cleared $72,000.

As Cointelegraph reported, November was already expected to be a month of extremes — including a return to the mid-$50,000 zone before ending on a high that could top $98,000.

For Van de Poppe, however, the likelihood of $98,000 being the “worst case scenario” monthly close now looked unlikely.

“I think it’s going to be quite hard to get to that level and I think we might be realizing ourselves that the cycle might take longer than the previous four-year halving cycles,” he said.

A survey by PlanB, responsible for the minimum monthly close series, meanwhile revealed that the majority of respondents believe $288,000 will hit before the start of 2022. 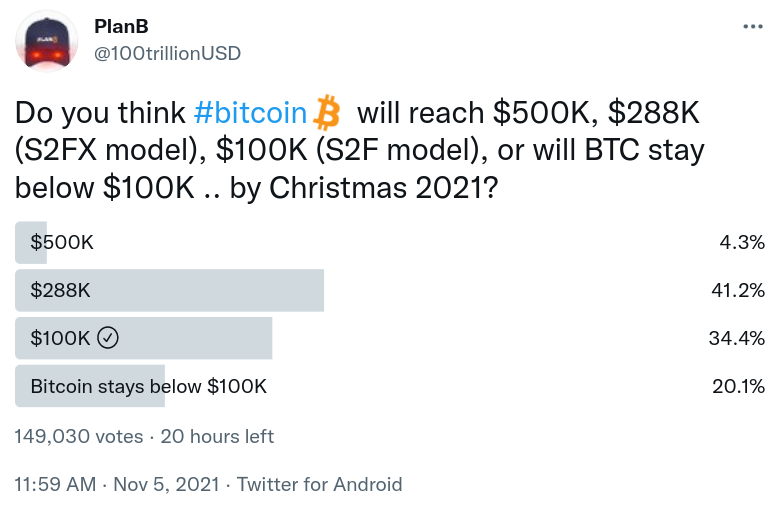 While perhaps hard to imagine at current prices, this ties in with multiple observations, which place 2021 entirely in line with previous bull run years 2013 and 2017.

As such, an order of magnitude increase for this four-year cycle’s top cannot be ruled out, market participants argue.

“Bet on the story the cycle tells you until it tells you a different one.”

TechDev previously described a cycle top of up to $300,000 as “programmed.”

US is 'unquestionably' behind the curve on crypto ETFs, says Brian Brooks

Uniswap sees 24-hour volume to the tune of $4.8 billion, what’s in store for holders