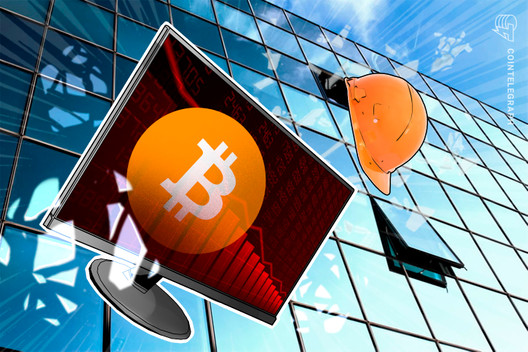 A 30% drop in hashrate was predicted by industry insiders, who believe it to be bullish for Bitcoin.

Bitcoin (BTC) hashrate has decreased by 30% in the last three days in line with the predictions made by industry insiders. Before the halving, Cointelegraph surveyed a number of industry insiders about their expectations for post-halving changes in hashrate.

The halving of the block reward erodes Bitcoin miners’ revenue, reduces their margins, and sometimes even makes operations unprofitable at a given difficulty level. Whereas revenue per given hashrate is the same for all miners, the costs they incur will vary greatly. For Bitcoin miners, by far, the biggest cost driver is the cost of electricity. 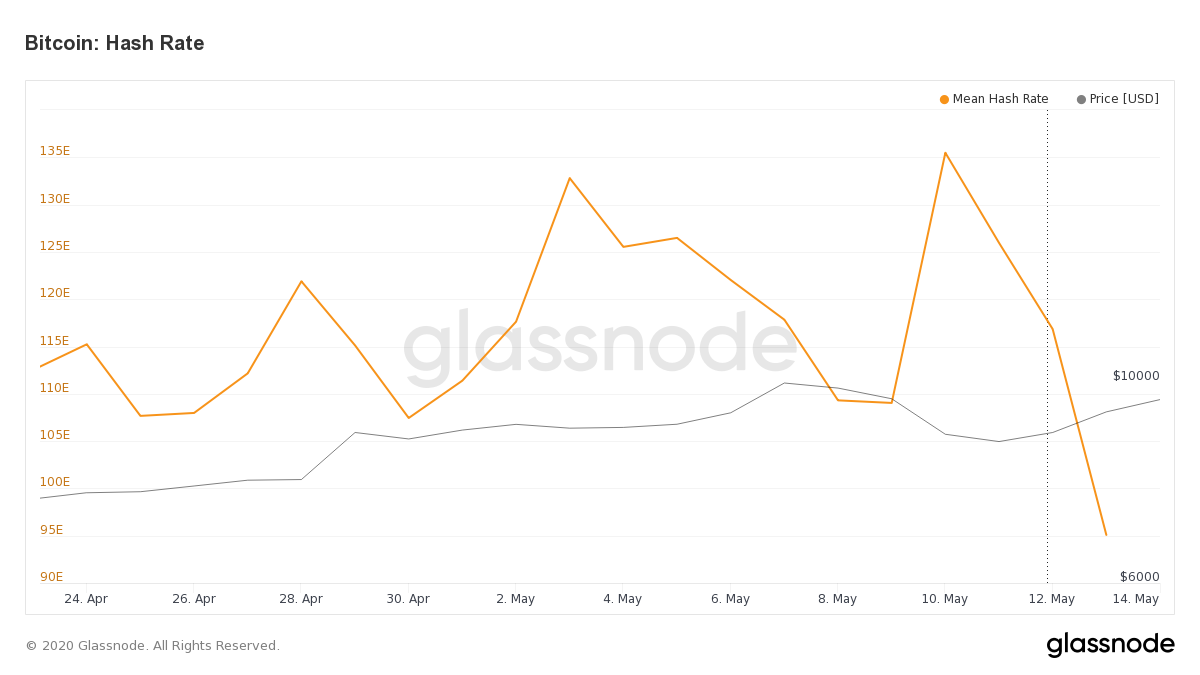 Miners who run old equipment or have high electricity costs may be forced to at least temporarily shut down their operations. Some may rejoin the network once there is a downward difficulty adjustment. This will benefit the remaining miners who will be mining more Bitcoin per given hashpower output. It should also have a positive effect on the market, as the remaining miners will have to sell fewer coins to fund their operations. Matt D’Souza, CEO and co-founder of Blockware Solutions, emphasized this point:

“So you can see potentially twenty-five — thirty-five percent of the network shut off and now twenty five to thirty five percent of the Bitcoin they were receiving, it now goes to whoever survives. So whoever survives is going to do very well. They're going to accumulate a ton of Bitcoin and therefore they don't have to sell as much Bitcoin to pay their electricity bills to buy more machines. More Bitcoin will start getting accumulated by very strong hands, very experienced miners, very efficient miners, rather than being sold to cover expenses.”

A representative from RRMine, a global platform for hashrate trading platform, voiced a similar thought:

Philip Salter, head of operations at Genesis Mining, discussed whether the decrease in demand in electricity due to the ongoing economic crisis would drive electricity prices down. He said the electric grids operate just like the Bitcoin network, where operators may drop off the grid depending on the price:

“I'd say that you're probably right that power prices should drop, but then when the power prices drop, electricity generators will drop off the network because the electricity price will be under the operating margin.”

Alex Mashinsky, CEO of Celsius Network (CEL), told Cointelegraph that while his company has experienced a strong inflow of Bitcoin deposits, he expects some smaller miners to sell off their inventory. He believes that this could cause a short-term nose-dive in the price, but remains extremely bullish long-term:

“The PR will die off in the next week so we should see selling win over in the short term but new highs in the long term in Q4.”

Summing up what our experts have said, paradoxically, the temporary decrease in the hashrate may be a bullish sign for Bitcoin.