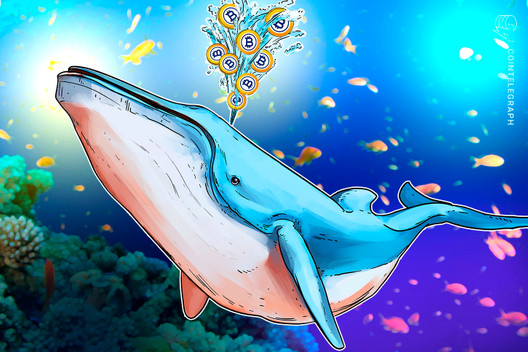 Bitcoin Gold appears to have been taken over by a single whale that controls price action and is preventing the coin from rising too quickly for a later sell-off.

Bitcoin Gold (BTG)’s price is being manipulated by a whale controlling close to half of the circulating supply. These are the findings of an analysis conducted by an independent trader and analyst, who preferred to remain anonymous.

He published his findings in a blog post, where he explained why he believes a single group of people accumulated their way into a huge Bitcoin Gold position, and are now using that supply to control the market.

The events started in August 2018, when Bitfinex margin long positions began its sharp ascent to include almost two million BTG. The exchange makes its margin data publicly available, which can help gauge the general trader sentiment in a particular coin — for example by comparing the ratio of short and long positions. 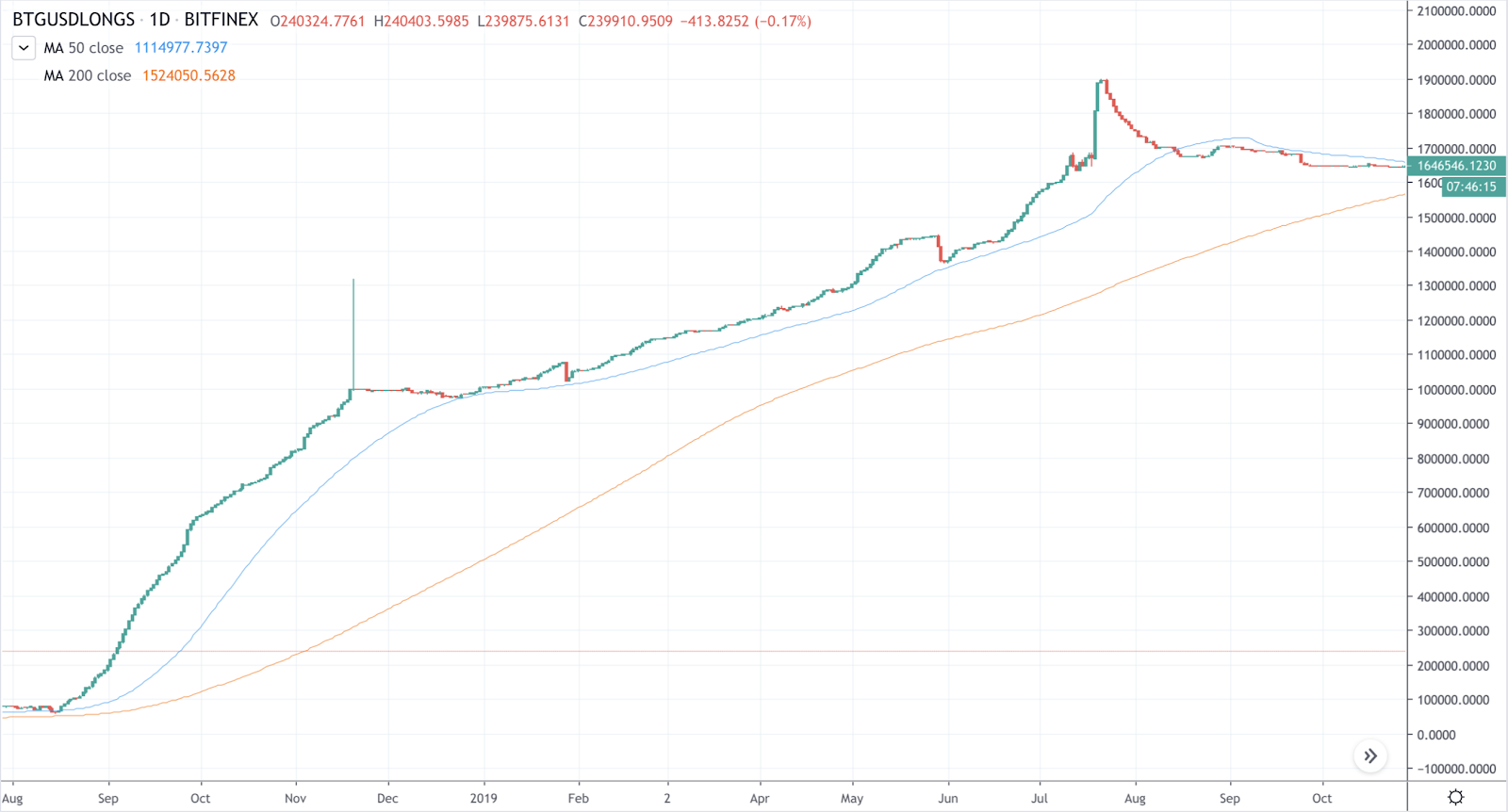 In Bitcoin Gold’s case, the strong increase in margin positions was accompanied by lackluster price action. While the coin generally followed the broader crypto market, the price eventually spiraled downward. 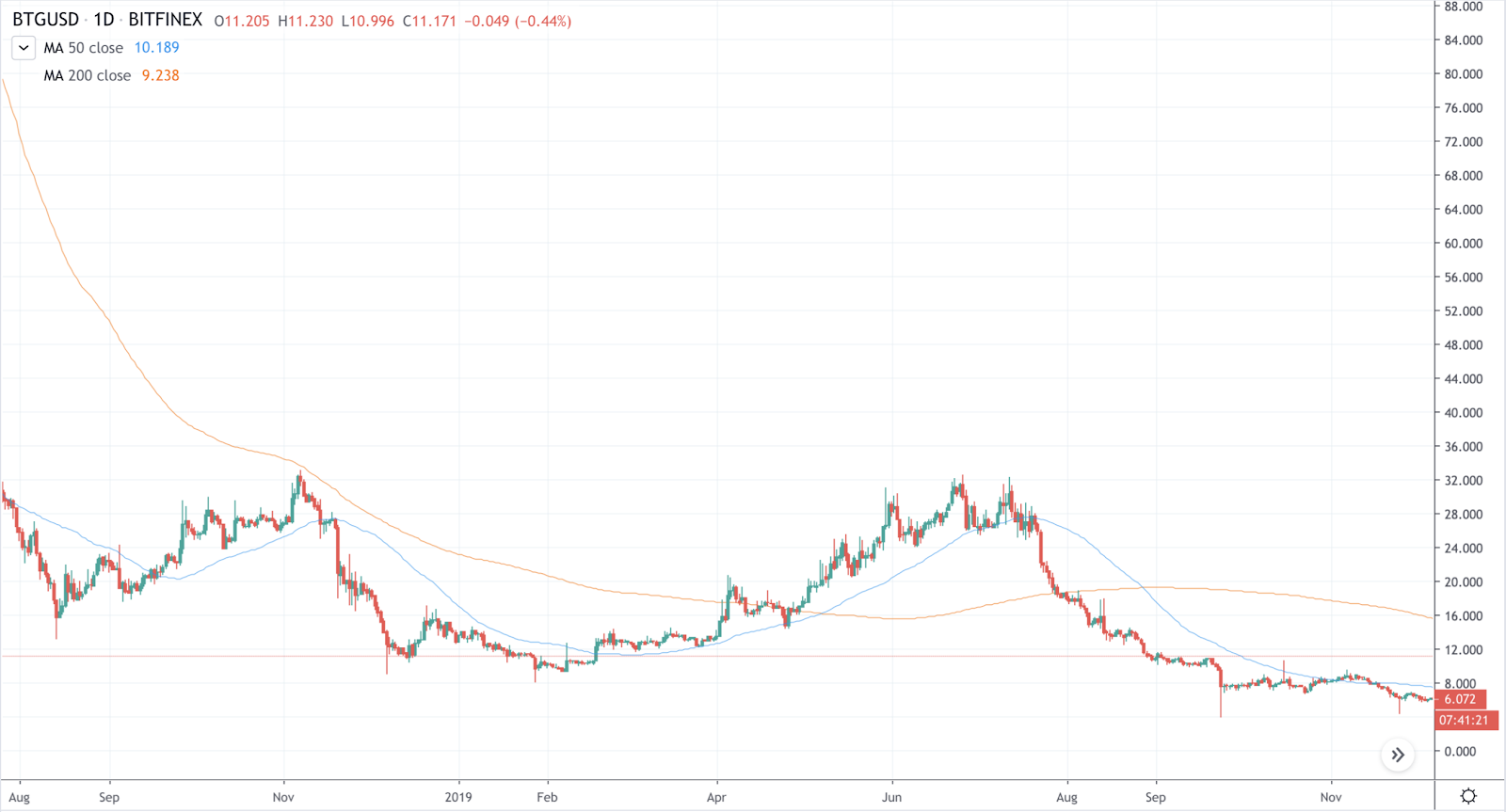 The analyst estimated that the 1.9 million BTG held at some point in Bitfinex represents between 38% and 48% of its total circulating supply.

Bitcoin Gold was born in 2017 after a network fork from Bitcoin (BTC), thus maintaining its original history up until that point. This means that Bitcoin Gold contains at least as many inactive coins as its parent, including Satoshi’s cache.

He further elaborated how he reached that figure:

“Over 11 million Bitcoins (BTC) haven’t moved in the last year. Considering big wallets’ unwillingness to claim their coins due to fear of private key leak for a minimal return, it can be argued that a number even larger than 11 million BTGs are inactive or lost forever.”

He then estimated a figure of 4 to 5 million active BTG. When asked by Cointelegraph why he is so certain that this is the work of one whale, he explained:

“The accumulation was very consistent and systematic over the course of almost a year, it would be almost impossible for it to be a coincidence that multiple entities were using the exact same system to accumulate.”

The analyst also conducted a manual analysis of the average entry price for the whale. By comparing the number of coins bought each day with their price, he arrived at a figure of $22.86 as the break-even price.

Following the extensive accumulation, the whale began using its position to influence markets. In early January, Bitcoin Gold’s price rose in consecutive moves by up to 200%, from $5 to $15. Margin positions dropped precipitously just as the upward move was complete. 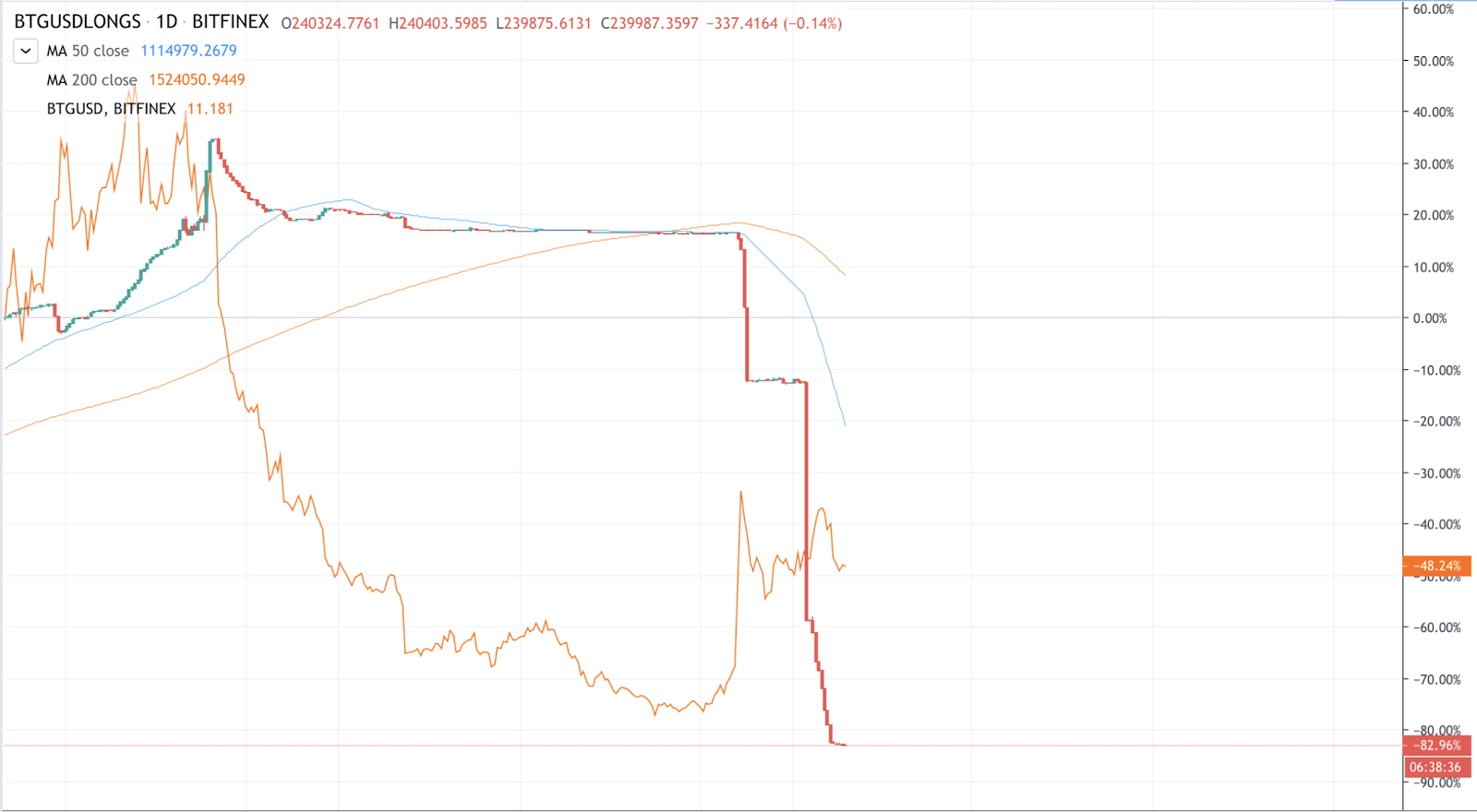 No major announcements were posted at the time on Bitcoin Gold’s Twitter account, which highlights the potential for fabricated price action. The analyst further noticed that Bitfinex’s wallets were subsequently drained of a significant chunk of BTG.

He conducted a test on Binance, which showed that it was not the destination wallet. A volume comparison points to Korean exchange Bithumb as the likely receiver of these funds. The analyst argues that this is part of the whale’s “distribution” strategy, which would have external retail traders join in a fabricated pump to let the whale offload the coins.

The price was, however, held back from rising due to a powerful “sell wall” on Bitfinex, around $15. The increased activity on Bithumb led the analyst to conclude that the whale could be Korean, as the exchange requires a national Social Security Number to create an account.

Chances of a coincidence

The sudden decrease in Bitfinex margin could also be explained by the whale divesting from BTG. The analyst argues that the trading group simply “claimed” its position:

“I think the whale was planning on selling on Bitfinex originally, and then realized there wasn't enough liquidity to exit there, so now they're forced to send their coins to another exchange (by first 'claiming' their margin position, and then withdrawing).”

“Claiming” is the act of settling a margin position by compensating the amount loaned in full.

These market manipulation tactics have since been observed on Binance. As the analyst explained:

“Bitfinex acts as a suppression mechanism; every time the price tries to increase on Binance, Bitfinex holds it back. People (and bots) see the difference, and try to pounce on the arbitrage opportunity. However, by the time people transfer their BTGs from Bitfinex to Binance, the gap has already closed and the prices equalize.”

This can be clearly seen in Feb. 10 trading. As shown in the picture below, candles on Bitfinex have a “clean cut” around $13.8, while the price on Binance clearly moved past the barrier. 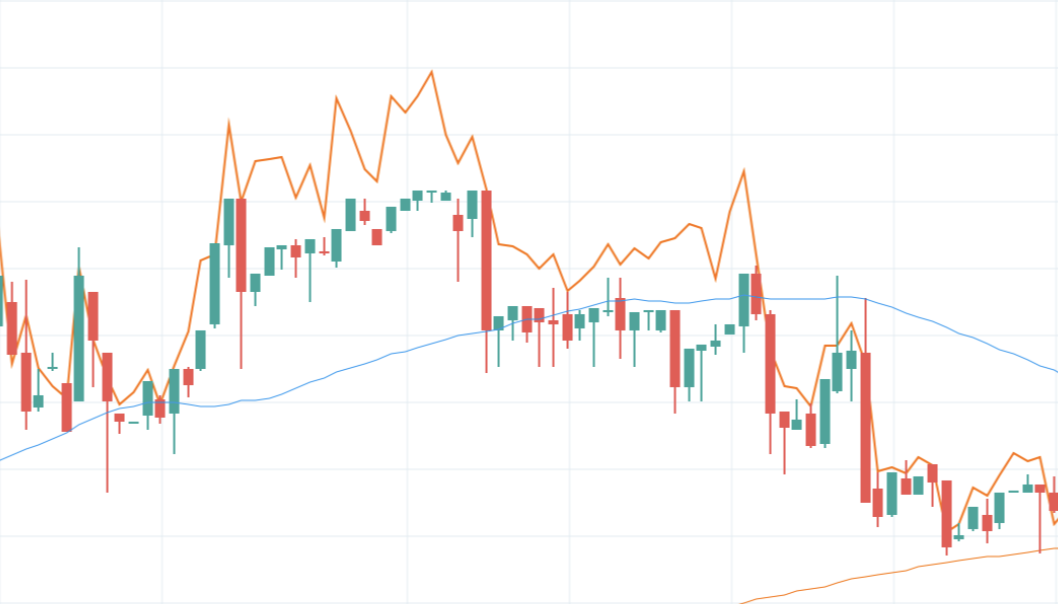 Given the scale and amount of time invested into BTG accumulation, the analyst argued that the traders will seek a substantial profit:

“It is expected that the price of BTG will multiply in value from the current value of ~$12 (as of this post) and increase a substantial amount from the $22.86 projected breakeven price.”

He conjectured that a potential target could be $100, which could result in a maximum profit of $150 million. The current attempts at price suppression are necessary to not let interest burn out too quickly, as the analyst explained:

“If the price rises too fast, it’s destined to downtrend for an extended period as people gradually take profits and there is no-one to buy up the increasing supply hitting the market.”

There are currently no signs that point to the Bitcoin Gold team having anything to do with this market manipulation. The developers did not respond to Cointelegraph’s request for comment.