Bitcoin futures break $50K: Why BTC price is primed for another leg up 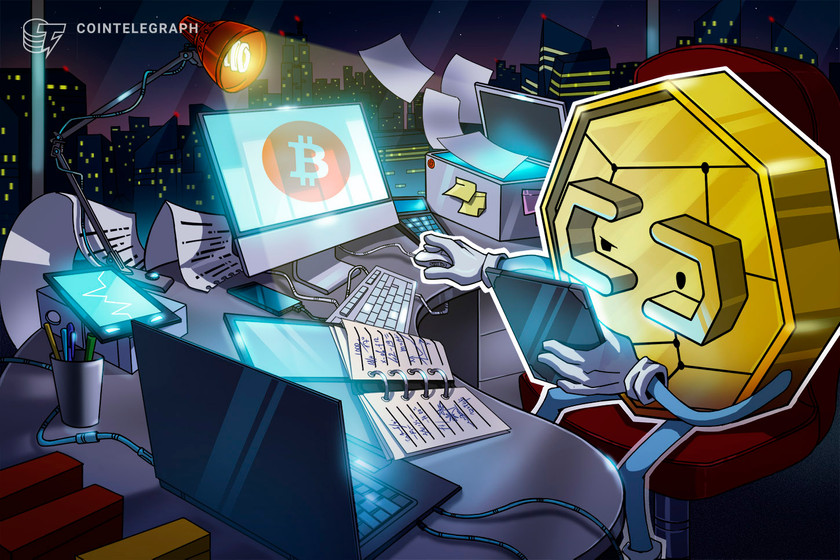 The price of Bitcoin broke $50,000 on futures exchanges and several data points suggest the U.S. session could see the rally continue.

The price of Bitcoin (BTC) surpassed $50,000 for the first time in history across major futures exchanges, including Binance Futures.

However, on spot exchanges, like Coinbase and Binance, the price of Bitcoin rejected closely below $50,000.

Why more upside is likely

Shortly after hitting $49,556, BTC saw a steep pullback, declining by around 3.5% within several hours. 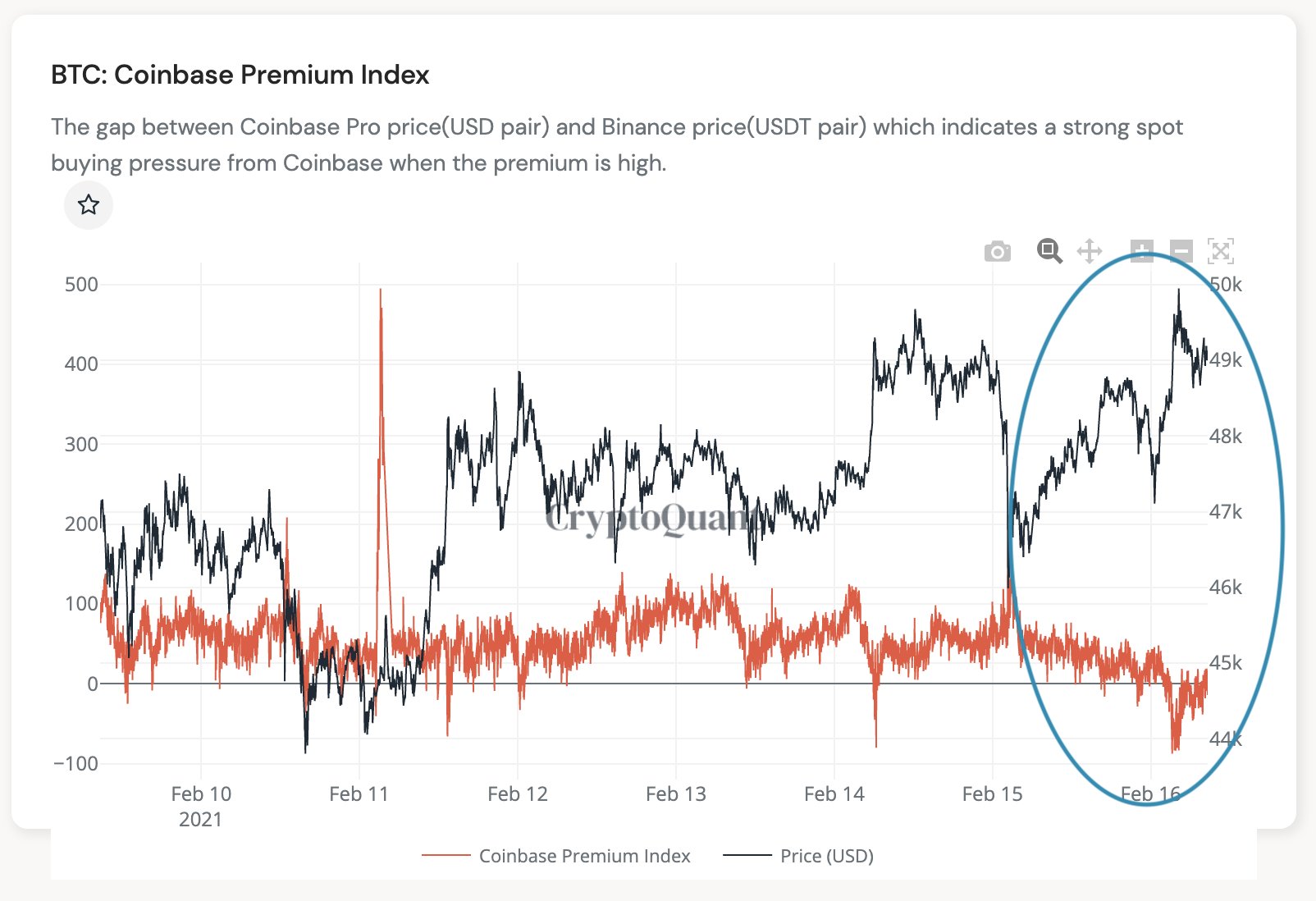 Ki emphasized that there was a negative Coinbase premium at the time Bitcoin rejected $50,000 in the morning. For BTC to cleanly break past it, he explained that the negative premium has to be “cooled down.”

Since the initial rejection, the Coinbase premium has stabilized, reaching parity with Binance’s Tether price.

Coinbase typically has a higher Bitcoin price than Tether on most days, but the premium has recovered from negative to neutral.

With the Coinbase premium recovering, Lex Moskovski, a quant trader and a cryptocurrency investor, said the U.S. session could catalyze Bitcoin’s new rally.

Theoretically, the Coinbase premium should return during the U.S. session, as buyers in the U.S. would be more active during market hours.

Hence, if the premium returns as the U.S. market opens, the probability for the continuation of a Bitcoin rally would increase. Moskovski said:

“This run up to $50k keeps being dominated by buying pressure from Binance and others as opposed to Coinbase. This is indicated by a decreasing Coinbase premium. However, this may also mean that Coinbase buyers join the race when the U.S. wakes up. Let's see.”

The trader said a potential scenario would be BTC rising above $50,000, correcting to around $42,000, and establishing a new support level. He said:

“New base about to be built on $BTC This is the ideal scenario in my books. With the current state of the market we might tap $52k, continue consolidating and go higher.” 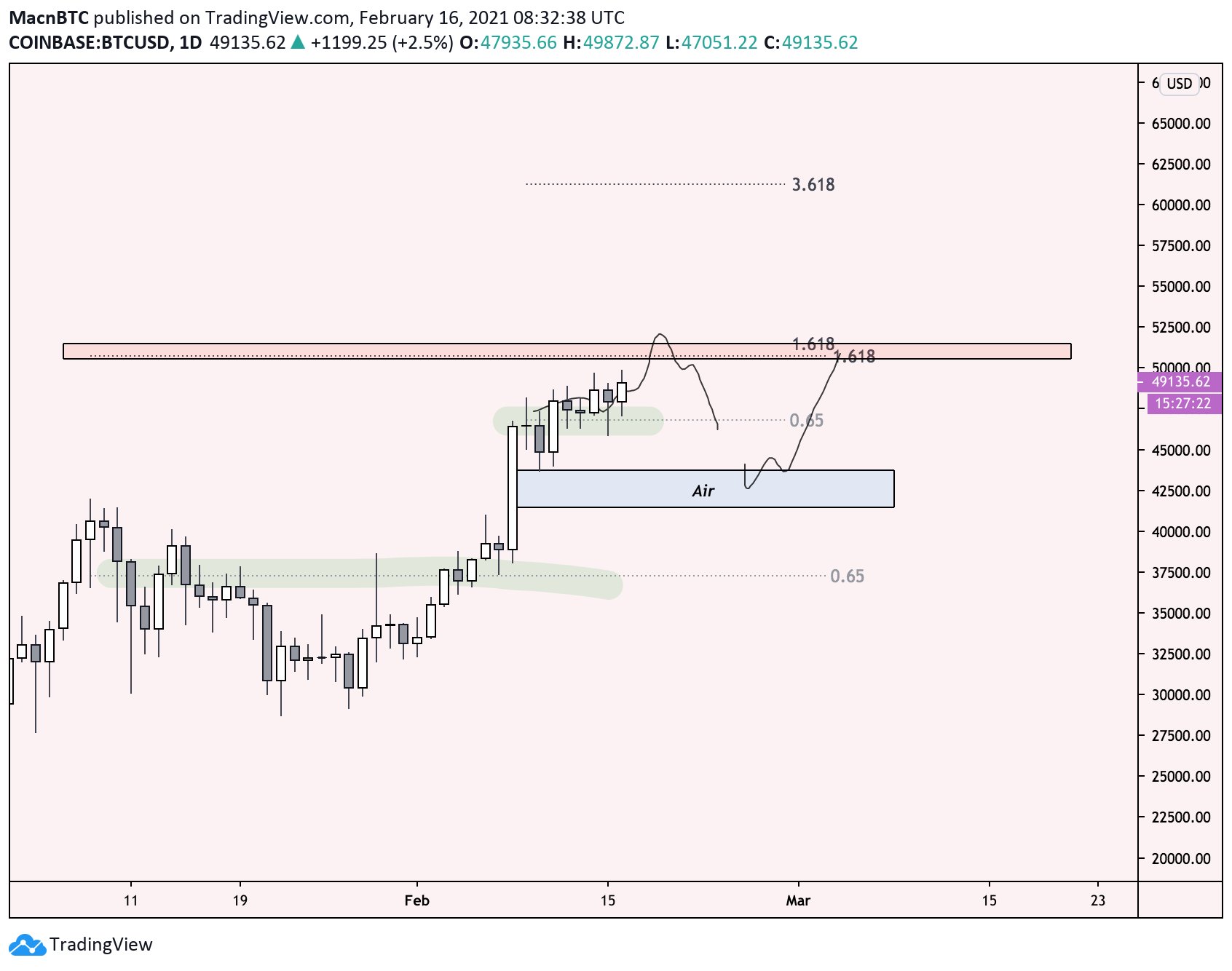 Generally, both traders and on-chain analysts seemingly anticipate the price of Bitcoin to surpass $50,000 in the near term.

However, with the funding rate indicating an overcrowded futures market, traders expect Bitcoin to correct shortly after reaching $52,000.

If this scenario plays out, it would be akin to BTC’s reaction at $42,000 when it first broke above it. This was followed by a sharp correction to around $29,000 before the price rebounded to new highs.