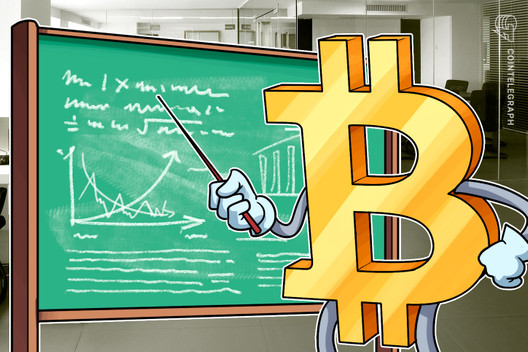 Bitcoin gifts investors 27% rewards since January 1, more than double that of gold and infinitely better than stocks and oil.

Bitcoin (BTC) hitting almost $9,500 on April 30 was a boon for cryptocurrency investors — but gold bugs were left holding the buck.

As Cointelegraph reported while prices aimed for $9,000, gold was still the best bet year to date. Now, however, Bitcoin has obliterated the precious metal’s rate of return.

The surprising achievement means that out of a basket of macro assets, Bitcoin is now the easy winner — stocks, gold, the dollar, and crisis-hit oil have been left in the dust, data from monitoring resource Skew confirms. 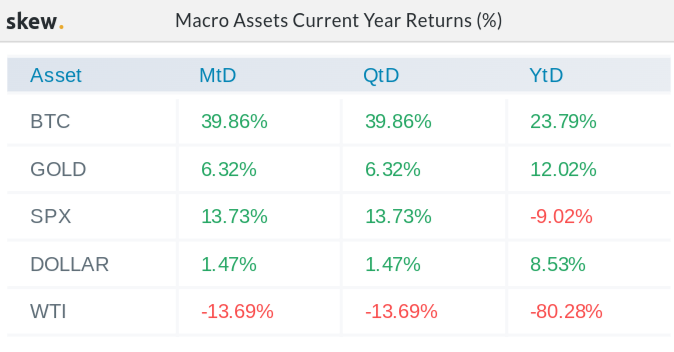 Reacting to events, notorious gold defender Peter Schiff was unimpressed — but not with gold.

“Bitcoin is being bid up by speculators, just like other risk assets today,” he claimed on Twitter.

#Bitcoin and #gold have nothing in common, so there is nothing confusing about today's price movements.

A $0 prediction too far?

As Cointelegraph mentioned earlier on Thursday, it was the exchanges that saw volume spikes overnight, rather than speculative arenas such as Bitcoin futures, which still have lower volume than before prices crashed in March.

Schiff is well known for his doomsday Bitcoin predictions, often claiming that the market will head to zero. Retaliating after his latest comments, Lightning Torch organizer Hodlonaut took him to task.

Schiff was arguably correct in describing gold and Bitcoin as essentially different. At its core, Bitcoin represents absolute scarcity, something which humanity has never had before.

As “The Bitcoin Standard” author Saifedean Ammous and others note, gold is not rare at all by comparison, and its supply is regulated only by the amount of time that humans can devote to mining it.