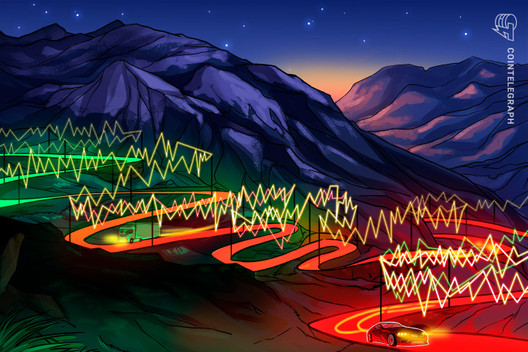 Bitcoin (BTC) is set for a rare difficulty reduction in the coming days as continued price weakness tests its technical fundamentals.

Data from monitoring resource Crypto This’ difficulty estimator showed that at present, next Wednesday will see difficulty fall by almost 13%.

Difficulty essentially indicates how much effort is required to solve blocks on the Bitcoin blockchain. A reduction indicates pain for miners, as competition reduces as the practice becomes economically unviable for smaller players.

Previously hitting all-time highs, the difficulty is joined by Bitcoin’s hash rate in losing its bullish flare this month.

Hash rate, a measure of the computing power dedicated to the Bitcoin network, has seemingly dipped below 100 quintillion hashes per second (h/s).

According to data from Blockchain, as of March 18, the metric was challenging 80 quintillion for the first time since December 2019.

All hash rate data is notably only a rough estimate, and may not imply that miners have capitulated en masse.

As Cointelegraph reported, however, one theory among analysts suggests that price plunges have indeed forced out all but the biggest mining entities. Going forward, they will be able to avoid capitulation by increasing their share of the market — this would also mitigate the impact of block rewards halving from 12.5 BTC to 6.25 BTC in May.

In the meantime, despite BTC/USD trading 12% higher on the day, concerns remain that lower levels will return.

Before May, trader Tone Vays said on Wednesday, Bitcoin could dip as far as $2,000.