Bitcoin bulls take a breather while BTC price slips below $55,000 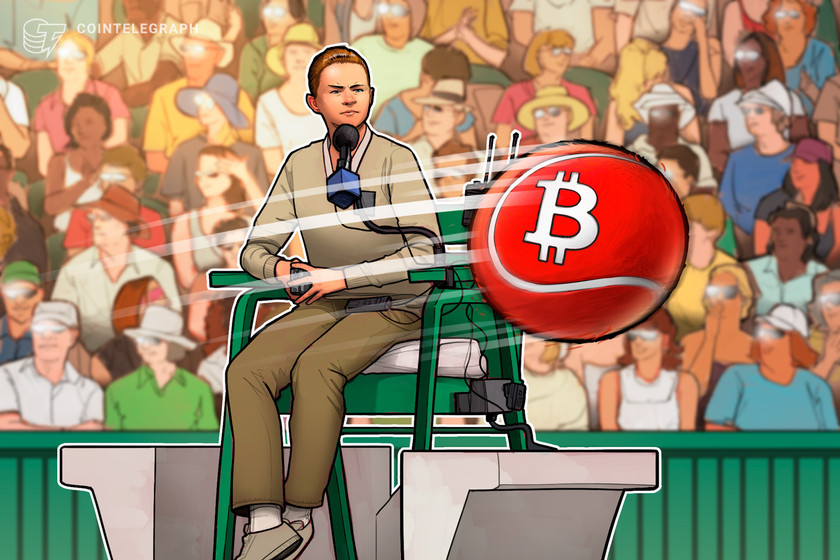 Sellers pushed Bitcoin price below $55,000 even as record-high BTC futures open interest and optimism surrounding the issuance of $1,400 stimulus checks for Americans had traders anticipating a rally.

Data from Cointelegraph Markets and TradingView shows that Bitcoin price dropped as low as $54,600 and at the time of writing, buyers have not stepped in to arrest the decline. 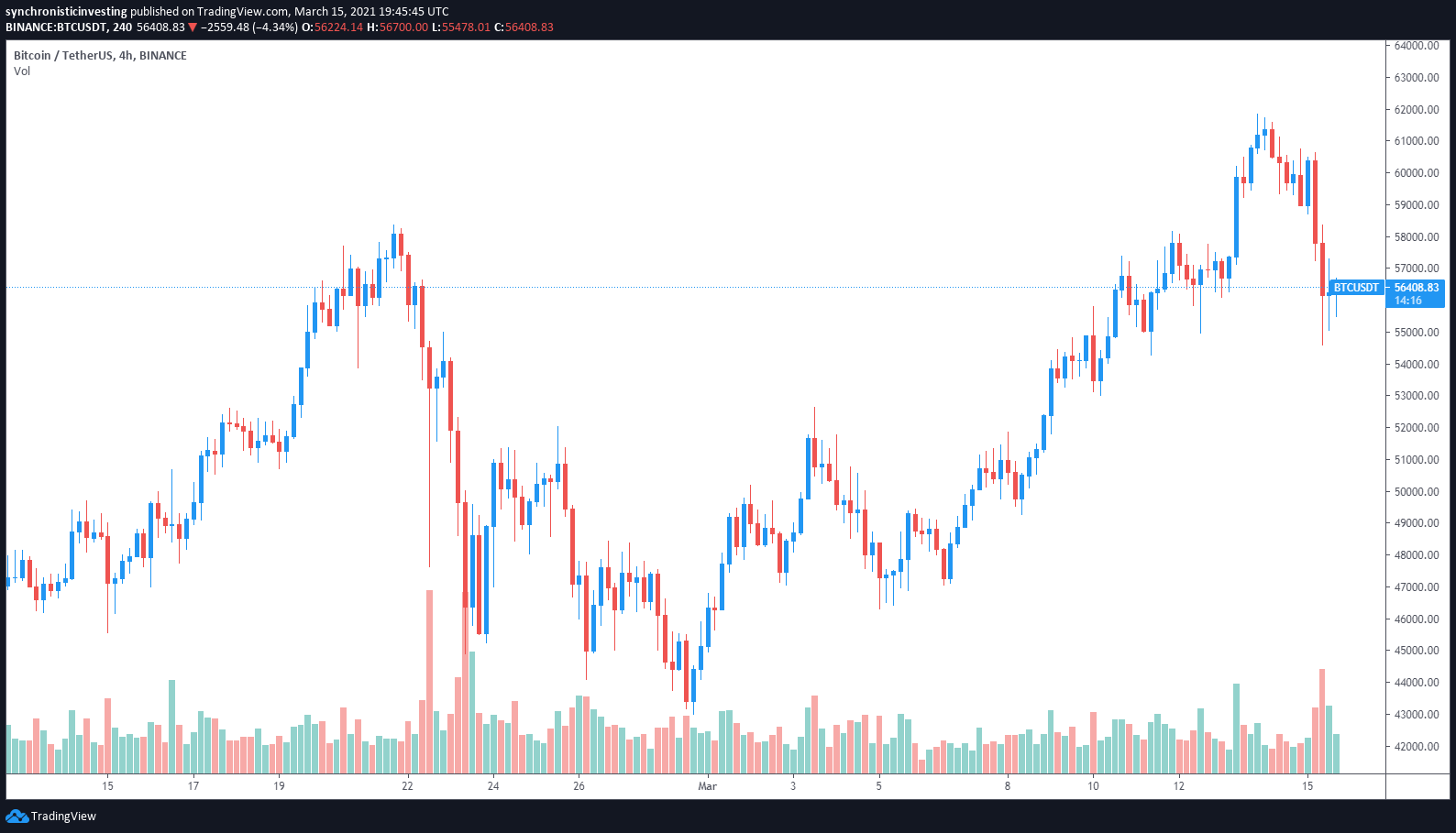 A series of recent developments have increased the fear, uncertainty and doubt (FUD) factor for the top cryptocurrency, including rumors of a potential digital asset ban in India that would criminalize the possession, issuance, mining, trading and transfer of cryptocurrency.

Adding to the bad news of the day, PancakeSwap (CAKE) and Cream Finance (CREAM), two of the top DeFi projects on the Binance Smart Chain, fell victim to a DNS spoofing attack that sought to phish users into entering their private keys on the website.

Both projects immediately informed users of the exploit and advised them to avoid logging in until the issue is resolved. and are reminded to keep their private keys and seed phrases secure and stored offline. At the daily close CAKE price was down by 8.7% and CREAM dropped by 14.3% before recovering to $110 at the daily close.

Despite Monday’s decline, traders are optimistic that BTC will see a rapid recovery and a recent survey estimates that up to 10% of the $400 billion in pandemic relief for U.S. citiz could be used to purchase Bitcoin and stocks.

Another bullish sign for BTC comes from the futures markets, where a record $22.5 billion in open interest on BTC futures indicates that bulls remain optimistic that the current uptrend will continue.

According to Chad Steinglass, Head of Trading at CrossTower, the early morning sell-off was not surprising due to several factors including less liquidity on the weekends which can lead to “liquidations in highly levered swap and options products that trade outside of the U.S.,” exacerbating the downward movement.

“Couple this with the fact that China has been trading weak ever since the Lunar New Year in both equity and crypto markets, and a sell-off from the weekend highs, while disappointing, is not particularly surprising.” 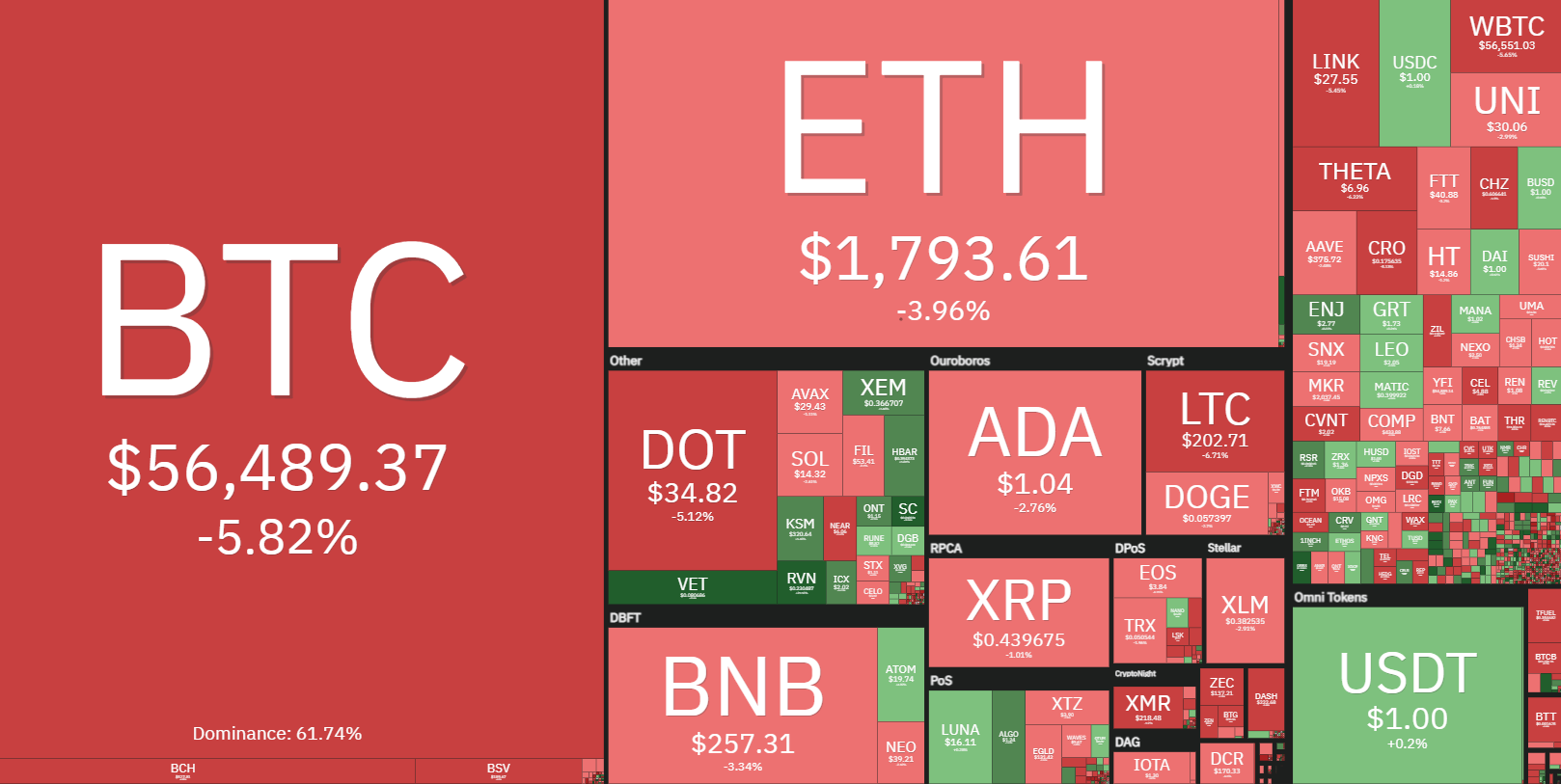 Despite the bearish turn of events, several altcoins were able to resist and rally higher.

Enjin (ENJ) saw its price surge 32% to a new all-time high of $3.00 during the early trading hours as the altcoins volume surged after being listed on Huobi exchange.

The dual-token system of VeChain (VET) and the VeThor Token (VTHO) also moved higher as a high volume spike lifted VET to a new all-time high at $0.0827. VTHO price increased 37% to $0.0119, its highest level in over two years.