Bitcoin and ETH Are Commodities, While XRP’s Status Is Unclear, CFTC Says 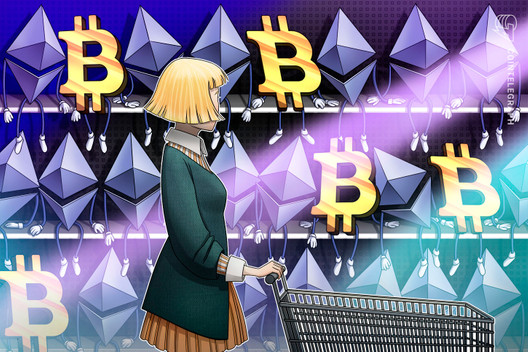 Bitcoin and Ether are commodities, while the status of XRP is still unclear, CFTC Chairman Heath Tarbert believes.

Bitcoin (BTC) and Ether (ETH) are commodities, while the status of XRP is still unclear, the chairman of the Commodity Futures Trading Commission (CFTC) said.

CFTC Chairman Heath Tarbert has reiterated the regulator’s stance on both Bitcoin and Ether in an interview with online news outlet Cheddar on Jan. 13. Tarbert said:

“So right now, Bitcoin and Ether are the two that we think fall under our jurisdiction.”

In the United States, the CFTC is responsible for regulating commodities, while securities fall under the Securities Exchange Commission. At the same time, the chairman has apparently for the first time expressed his thoughts about XRP — the third-largest cryptocurrency by market capitalization. Which is to say, the CFTc remains unsure.

According to Tarbert, the regulatory status of XRP is still unclear so far, despite the CFTC work with the United States Securities and Exchange Commission (SEC) to “to really think about which falls in what box” over the past year. Tarbert said:

“We’ve been working closely with the SEC over the last year or so to really think about which falls in what box because I think if I hear anything from market participants it’s that we really need clarity. That without clarity it’s really difficult to figure out how these will eventually be regulated.”

CFTC allows futures markets to develop based on cryptocurrencies

Additionally, the CFTC chairman also reiterated his positive stance towards the market of digital assets, noting that the authority has been actively contributing into the market. Tarbert noted:

“In many ways, what we are regulating, we are creating a market for digital assets, so we are allowing digital assets — the ones that fall within our jurisdiction which is, primarily, they have to be a commodity.”

The chairman continued to say that by allowing cryptocurrencies to “come into the world of the CFTC,” the regulator is allowing the futures market to develop based on these products. According to Tarbert, the CFTC is gradually helping to legitimize the market as well as add liquidity to the digital currency market by providing it with the features of the futures market like price discovery, hedging, risk management and others.

Heath Tarbert, who succeeded former CFTC chairman Christopher Giancarlo in July 2019, said for the first time that Ether was considered by the regulator as a commodity in October 2019. The CFTC previously made a similar statement about Bitcoin in March 2018.

Regulatory status of XRP has indeed been unclear so far

Meanwhile, the regulatory status of XRP has been unclear so far, particularly after Ripple, the company behind the token, faced a class-action lawsuit alleging that it held an unregistered sale of securities. Reportedly filed in 2018 and having gained traction in August 2019, the suit claims that Ripple misled investors and sold XRP as an unregistered security in violation of federal law.

Subsequently, Ripple filed a motion to dismiss the lawsuit in early December 2019, claiming that the case is contradictory and “self-defeating.” Previously, Cointelegraph published an expert take on the complicated regulatory status of XRP.

Cointelegraph contacted Ripple regarding the recent CFTC chairman’s statement on XRP’s unclear regulatory status but had yet to receive a response as of press time. This article will be updated if new comments come in.