Rising fears of inflation and big government spending rocked equities markets and possibly had a knock-on effect on Bitcoin and altcoin prices.

The cryptocurrency market corrected sharply on May 12 after the hype surrounding dog-themed tokens was deflated when Ethereum co-founder Vitalik Buterin dumped vast amounts of the previously hot Shiba Inu (SHIB), Dogelon Mars (ELON) and Akita Inu (AKITA) on the market and donated the proceeds to charity.

Data from Cointelegraph Markets and TradingView shows that as meme tokens sold off, Bitcoin (BTC) price continued its recent weakness and declined nearly 8% decline to $53,500 before recovering to $54,700. 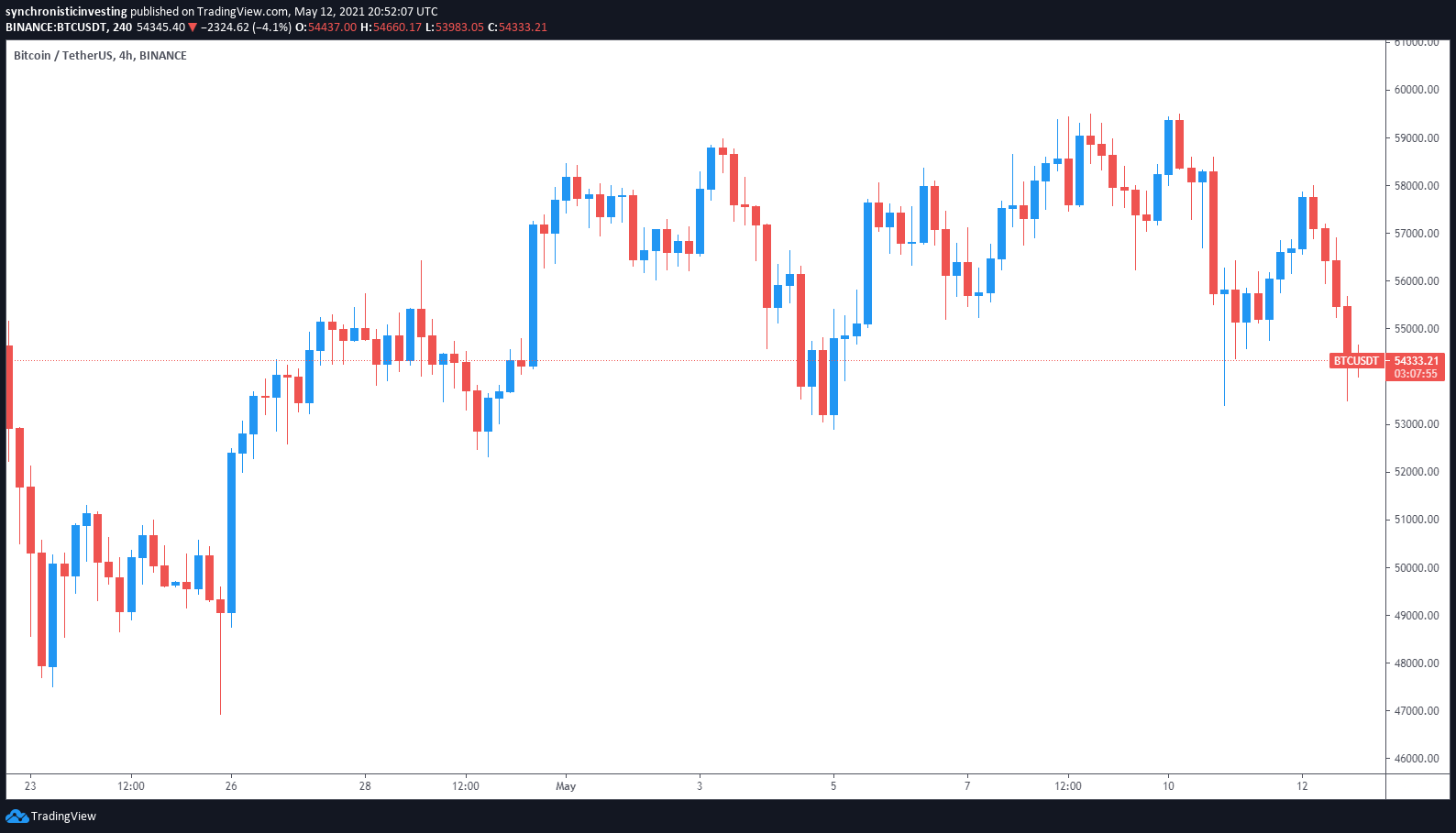 Ether (ETH) was less affected by the sell-off and actually managed to recover above $4,000 to reclaim its daily losses as users of the network applauded Buterin’s decision to donate his meme coins to various charities. Traders are also hopeful that the decreased trading activity in meme tokens will help push down gas fees on the Ethereum network.

Traders are unsure about what's next for Bitcoin and Ether

As the trading activity of meme tokens declines, traders may turn their attention back to Bitcoin but there is a certain degree of uncertainty regarding what might happen next.

According to Chad Steinglass, the head of trading at crypto capital markets firm CrossTower, “BTC is actually doing a reasonable job of performing like a store of value” especially when compared to wider financial market developments, including the serious pressures facing growth equities which were “exacerbated by the May 12 CPI print which is being interpreted as a trigger for earlier Fed tightening.”

Steinglass highlighted the fact that Bitcoin's struggle to escape the trading range it has been in for 3 months may be a symptom of its new role as a store of value and he hypothesized that traders who hold BTC in their investment portfolios may be “selling BTC and especially GBTC in order to raise cash liquidity as they lower their overall leverage.”

“Against these headwinds, BTC has been mostly holding its ground. It's had some quick moves but has seen strong support on any real significant sell-off. Perhaps it really is maturing into a more stable asset, at least for the moment.”

When it comes to Ether, Steinglass indicated that “ETH is in a new regime of price discovery” due to “upcoming changes in the protocol which will both remove inflation and also create incentive to hold tokens for proof of stake,” making it hard to know what a “good new fair value for ETH will be.”

“We could easily have more room to run, though if there look to be any hiccups in the upgrades that could derail things quickly.” 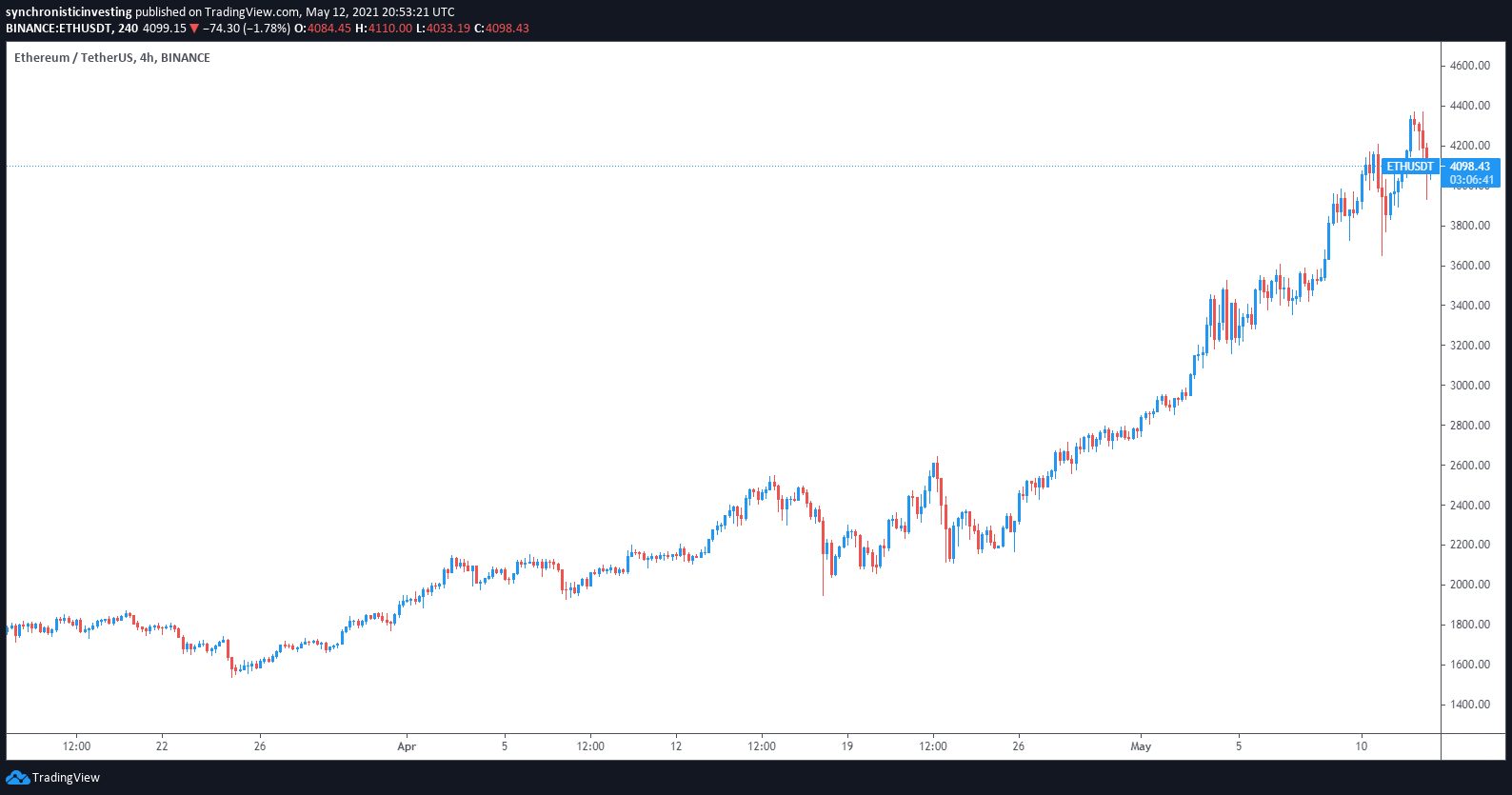 Further insights into Ether's prospects were provided by David Lifchitz, managing partner and chief investment officer at ExoAlpha, who pointed to Ether's “torrid run” thus far in 2021 which has seen its price grow more than 455% year-to-date and a 100% rally in just the last three weeks perhaps serving as a “buy the rumor, sell the news setup" ahead of the upcoming July EIP 1559 upgrade.

“If you've been in even a few weeks, taking some profit off the table wouldn't hurt. What hurts in the long term is not missing out on the last move up, but remaining invested when the music stops.”

And as far as Bitcoin is concerned, Lifchitz highlighted concerns regarding the range-bound trading BTC has been stuck in lately.

“No upside (nor downside) catalyst in sight, the risk of remaining fully exposed far outweigh the potential return.”

Equities markets also experienced a sell-off due to fears of rising inflation which has been seen creeping higher across numerous sectors of the economy.

Recent data from the consumer price index indicates that prices have been rising at their fastest pace since April 2007 and some economists cautioned that the metric shows no signs of slowing down for the foreseeable future.

Despite the market downturn, altcoins like AAVE gained 30%, while Polygon (MATIC) and Kusama (KSM) both gained 18%.