Bitcoin Ain’t What It Used To Be, Pioneer Investor Says 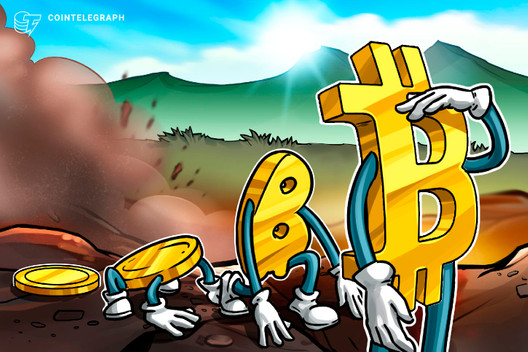 Young Bitcoin millionaire Erik Finman said Bitcoin has changed since 2011, and not in a good way.

A millionaire by age 18, early Bitcoin (BTC) investor Erik Finman said the environment around Bitcoin has significantly changed since 2011 — and not for the better.

“Bitcoin, when it first came out, was incredible. It wasn’t just cutting edge technology - it was bleeding edge! You just felt the energy in the air. That this was the real deal. Everyone felt united in this cause — this mission. Those were some of the most beautiful moments of my life.”

Finman made headlines over the past several years for his success as a young Bitcoiner. Finman invested $1,000 into BTC in 2011, turning him into a millionaire by the age of 18 due to Bitcoin’s dramatic price increases, Cointelegraph detailed in June 2017.

In late 2018, however, Finman expressed his thoughts on Bitcoin’s eventual demise based on several factors, including community infighting, etc.

The atmosphere seen in Bitcoin’s early days is now gone, Finman told Cointelegraph. Adding to his reminiscence of the asset’s beginnings, he noted:

“[T]hose times of ‘unity’ & ‘cutting edge’ technology seem to be left in the past. I really care about Bitcoin - but the community can’t seem to get it together in my opinion. I’ve tried to get involved within the community to fix it - but it was very hostile. There is still wonderful people in the community and incredibly smart people working on the technology problem.”

Looking toward the future

A popular opinion in the crypto space sees Bitcoin hitting a $100,000 price tag at some point.   Finman sees no real chance for a $100,000 or $1 million Bitcoin if the community does not change, barring any drastic global disruptions, he explained.

“Even if the world were to destabilize, Bitcoin isn’t necessarily THE CRYPTOCURRENCY for people to put their money in, in a time like that,” he said, noting Monero and Zcash as potentially better options.

Relating the situation to the death of a popular social media entity, Finman added, “Bitcoin is the next MySpace if the community can’t make drastic changes.”

Finman has been in the Bitcoin game a considerable length of time, so his comments carry weight. Finman first invested in Bitcoin at the age of 12, so his views on the overall situation in 2011 may have differed from adults who bought it at the same time.

Several data points do, however, line up with Finman’s comments on community disagreements, including the Bitcoin Cash (BCH) fork in 2017, and the birth of Bitcoin maximalism.

Cardano founder Charles Hoskinson has also expressed issues with Bitcoin. “One of the biggest problems with Bitcoin, [...] is that it’s blind, deaf and dumb and that was by design,” Hoskinson said in October 2019 in an interview on Anthony Pompliano’s Off the Chain podcast.