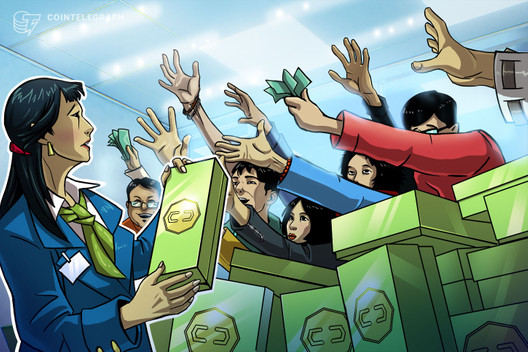 Binance Launchpad announced the results of the first token sale of the year, WazirX.

Binance Launchpad, as the name suggests, is Binance’s token launch platform, which has just announced WazirX’s token sale results. It is the first token sale of this year.

According to a Feb. 4 press release from Binance, there were 10,000 winning tickets held by a total of 9,033 winners. More than 20,000 users participated to try to win the lottery. Eventually, more than 136,000 tickets were claimed. Chances of winning for all the participants are at 44 percent and this also puts the percentage of winning tickets at 7.31%.

The WazirX token sale was conducted through a single session where participants purchased WazirX (WRX) tokens using BNB. In the session, all 100,000,000 WRX tokens were sold to Launchpad participants who drew and claimed winning lottery tickets.

Binance Launchpad also said that the winners’ BNB balances would be deducted according to the number of tickets that they won within 24 hours.

WazirX is India's leading bitcoin exchange with an auto-matching peer-to-peer engine. WazirX advertises itself as working to solve the fiat-to-cryptocurrency conversion problem and simplifying the process of depositing and withdrawing fiat. WazirX (WRX) will be listed on Binance starting tomorrow. It will open trading for WRX/BNB, WRX/BTC and WRX/USDT trading pairs at 2 am UTC on February 5.

As Cointelegraph reported earlier last year that the leading cryptocurrency exchange Binance announced major changes to the format of its Launchpad token sale in a post on its blog published on March 24.

Per the announcement, the company “will use a new lottery format for the next project on Binance Launchpad.” Previously, the system functioned on a first-come, first-served basis, which left many users who joined high-demand sale queues without tokens.