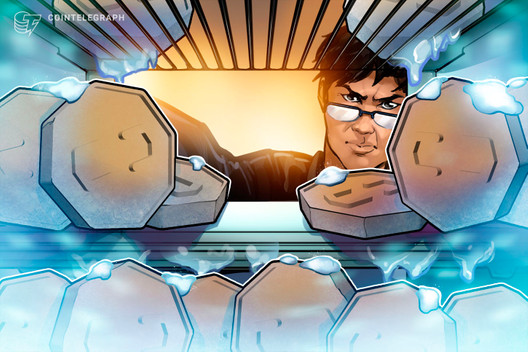 An address associated with the $50 million hack of South Korean crypto exchange, Upbit, has moved some of the stolen Ethereum (ETH) to Binance. The world's biggest exchange immediately froze these funds on its platform, and has initiated an investigation.

On May 13, Whale Alert tweeted that a 137 ETH ($27,164) transaction was moving funds derived from hacked Upbit exchange to Binance. According to the transaction details, the transfer occurred at 12 p.m. EST.

Less than one hour after the transaction was flagged, Binance CEO Changpeng Zhao, or CZ, stepped in to the tweet thread to report that the transferred funds were frozen on Binance.

CZ said that Binance is getting in touch with Upbit to investigate the transaction. The crypto exchange will also alert law enforcement authorities, CZ added.

“Frozen, will work with #UpBit to verify and get law enforcement involved and hand off the funds. Waiting for someone to complain on social media about us freezing funds. But fight bad actors, we must.”

Upbit suffered a 342,000 ETH theft in November 2019, with the amount accounting for $50 million at the time of the hack. As a result of the attack, anonymous hackers managed to steal the funds by transferring the ETH from Upbit’s hot wallet to an anonymous crypto address. Subsequently, Whale Alert reported movement of the stolen funds in early December 2019.

Upbit eventually took a number of measures to protect its exchange from further attacks. By mid-January 2020, Upbit completed a security update in response to the attack, revamping its wallet system for all traded crypto assets like ETH, Bitcoin (BTC), Litecoin (LTC), XRP and EOS.

In April 2020, Upbit partnered with major crypto analysis and compliance firm, Chainalysis. As part of the agreement, Upbit started using Chainalysis’ Know-Your-Transaction tool to provide a safe trading environment and comply with the established procedures in the Asia-Pacific region.