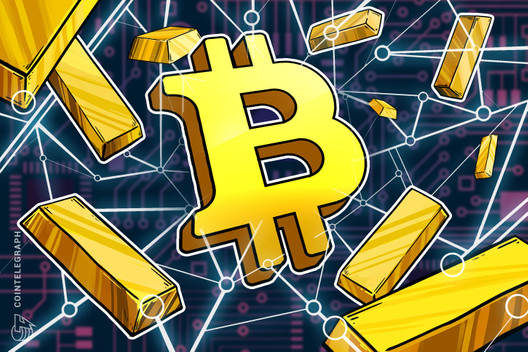 Amid the ongoing coronavirus pandemic, inflation is collapsing all over the world. In order to hedge against the inflation risks, some billionaire investors are buying Bitcoin (BTC).

“If I am forced to forecast, my bet is it will be Bitcoin.”

According to a May 7 report by Bloomberg, Jones is buying Bitcoin to protect his investments from the inflation coming from the money-printing by central banks. In a market outlook note titled “The Great Monetary Inflation,” the billionaire investor reportedly said that that Bitcoin reminds him of the role that gold played in the economic problems in the 1970s.

In the note, the 65-year-old investor highlighted Bitcoin as the best option in a profit-maximizing strategy. Jones said:

“The best profit-maximizing strategy is to own the fastest horse [...] If I am forced to forecast, my bet is it will be Bitcoin.”

According to the report, Tudor BVI, a hedge fund operated by Tudor Investment Corporation, is holding as much as a “low single-digit percentage” of its assets in Bitcoin futures.

Jones is not the first to outline Bitcoin’s potential amid the coronavirus-fueled crisis and inflation. In March 2020, major cryptocurrency exchange BitMEX said that the coronavirus crash-fueled inflation would become Bitcoin’s biggest opportunity since its creation in 2009.

Subsequently, billionaire investor and major Bitcoin bull, Tim Draper, also outlined the crucial role of Bitcoin amid the ongoing global financial crisis. On March 16, Draper said that it will be Bitcoin, not banks and governments that save the day.

Meanwhile, Bitcoin’s price keeps surging in anticipation of a major milestone in its history. On may 12, the biggest cryptocurrency will face its third block reward halving, which means that the amount of Bitcoin mined every 10 minutes will drop from 12.5 to 6.25. Trading at $9,816 as of press time, Bitcoin has been gaining momentum recently, surging more than 11% over the past seven days. On Jan. 1, 2020 Bitcoin traded at around $7,200.