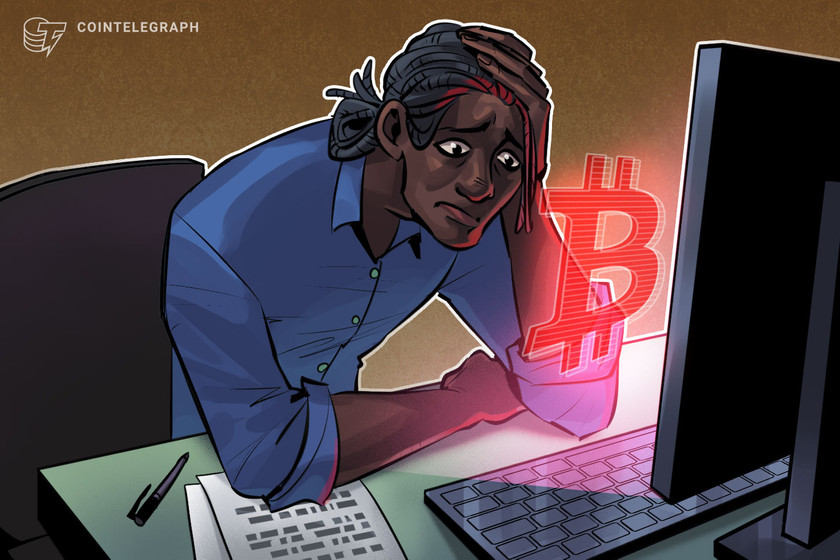 Tesla’s decision to suspend accepting Bitcoin as payment has sent crypto Twitter into a frenzy, with some onlookers alleging a 'pump n dump' while others are boldly buying the dip.

With Tesla’s suspension of Bitcoin payments causing chaos in crypto markets today, critics have targeted CEO Elon Musk’s cavalier attitude to the dramatic effects his words and actions can have on the sector.

On May 13, Tesla and Musk announced that it had ceased accepting BTC as payment for vehicles due to concerns regarding the “rapidly increasing use of fossil fuels for Bitcoin mining and transactions, especially coal.”

In response to the news, Bitcoin shed 15% in less than three hours, plummeting from nearly $55,000 to $46,600. Bitcoin’s “Fear & Greed Index” has also swung aggressively from yesterday’s greedy score of 68 to a fearful score of just 31 today.

Tesla’s decision to accept BTC as payment for its vehicles in late-March was seen as an important factor in Bitcoin’s most recent rally into new-all time highs near $65,000 during mid-April. Many disappointed Bitcoiners are now accusing the car manufacturer and its CEO of having executed an elaborate “pump n dump.”

That is effectively pure market manipulation.. let's see how the SEC respond to this

“[Musk] has been pulling the levers like the Wizard of Oz on crypto, and everyone’s following his every move — he’s sending Dogecoin up, he's sending Bitcoin down, this is bullshit [...] Elon, you have responsibility when one second you say to buy something, and the next second you don’t - that’s playing with people’s futures and their fortunes.”

He asked: “How can you live with yourself?”

“However, we’ve seen Bitcoin receive all sorts of bad press throughout the years, such as Governments banning its usage. And despite that, Bitcoin has always recovered and grown to new highs,” he said.

“Long-term, I’m still very bullish on Bitcoin and don’t believe that this announcement will significantly impact price or adoption.”

However, others are inferring opportunity in the markets, with many high-profile crypto analysts taking Twitter to boast about buying the dip.

William Clemente III tweeted to his 58,700 followers that the dip “will be looked at as one of the greatest bull market buy opportunities in BTC history.”

Blockstream co-founder, Adam Back, stated: “Buying the Doge-tweeter dip. Thanks for all the sats.” Morgan Creek Digital founder, Anthony Pomplino, similarly announced: “I bought the dip. Thanks Elon,” adding:

“Elon didn’t sell his Bitcoin. He and I are both still long. Same team.”

Messari’s Mira Christanto expressed skepticism regarding the long term impact of Tesla’s decision, emphasizing that, “Tesla still holds BTC on its balance sheet” and challenging Tesla's assertions regarding the dirtiness of Bitcoin mining.