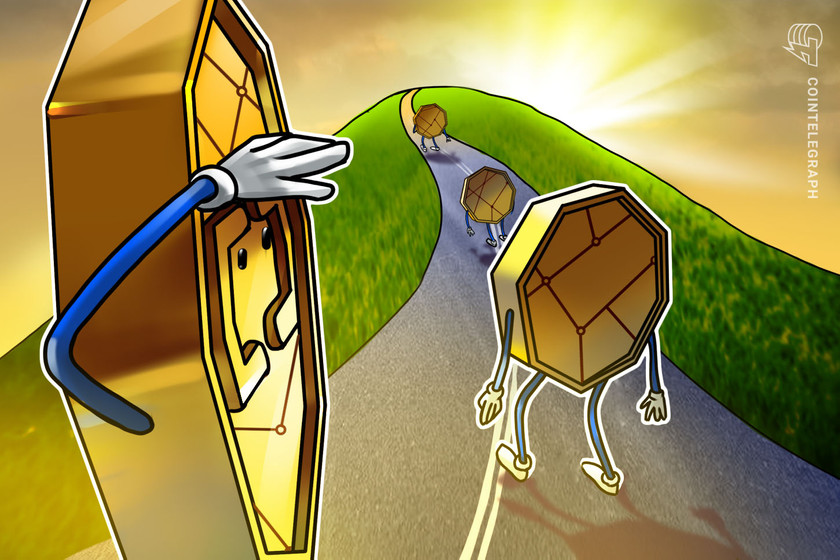 On. Feb. 10, the total crypto market capitalization hit a new high at $1.42 trillion less than a week after Tesla disclosed that it purchased $1.5 billion worth of BTC.

Despite being the center of attention for the past few months, Bitcoin’s market dominance has actually decreased from 70.2% on Jan. 13 to its current reading at 61.5%. Historical data shows that when Bitcoin dominance falls and its price enters a consolidation phase, altcoins have a tendency to rally higher.

Bitcoin might be taking a breather to gather strength for the next leg up into uncharted territory, but here’s a few of the recent big performers that could soar higher in the short term. 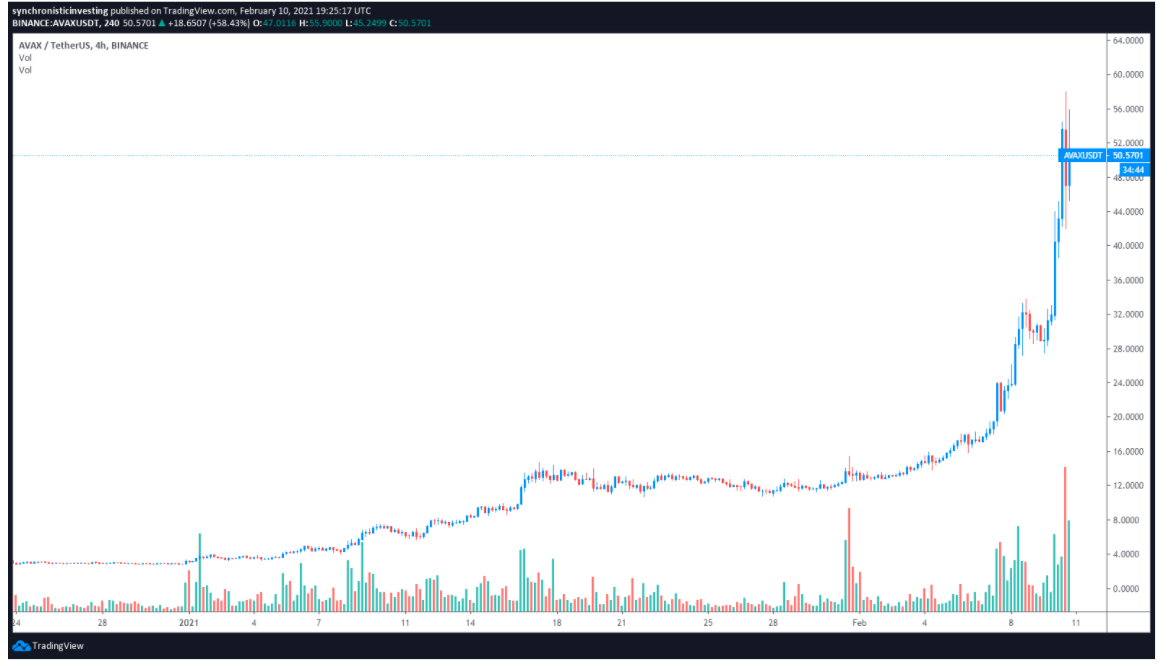 The current move has been driven by growing investor optimism over the recent launch of an Avalance-Ethereum bridge that allows DeFi users to “pursue yield opportunities with the same assets across these two complementary ecosystems.”

In the 24-hours following the launch of the bridge, $6.5 million worth of assets were moved from Ethereum to Avalanche according to the community-based DEX Pangolin, which operates on the Avalanche network. This figure has continued to increase and now stands at $48.2 million. 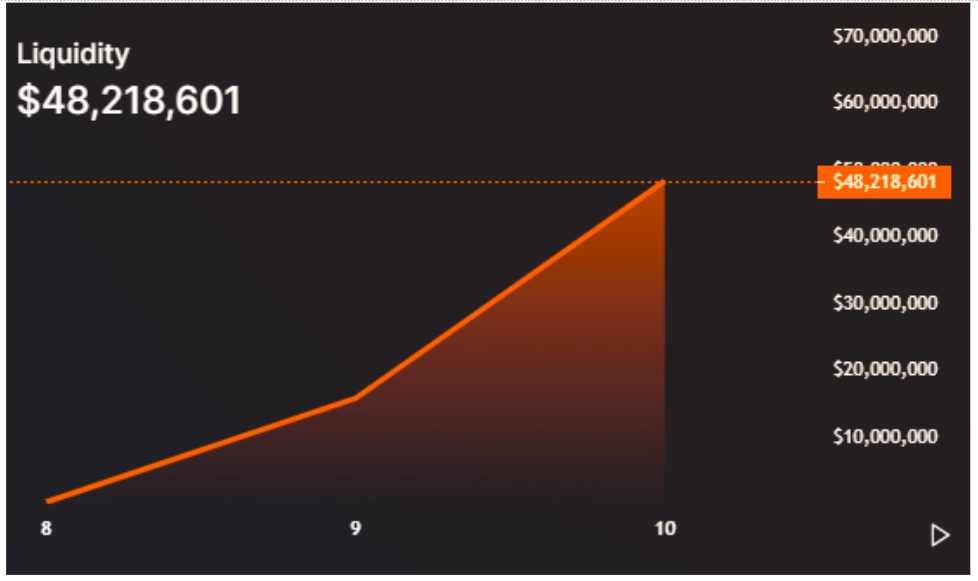 With fees on the Ethereum network showing no sign of decreasing until Eth2 becomes more established, AVAX and its Pangolin exchange are aiming to pull liquidity from Ethereum-based DEXs in order to increase its user base.

VORTECS™ data from Cointelegraph Markets Pro began to detect a bullish outlook for AVAX on February 5th, prior to the recent price rise. The VORTECS™ score, exclusive to Cointelegraph, is an algorithmic comparison of historic and current market conditions derived from a combination of data points including market sentiment, trading volume, recent price movements and Twitter activity. 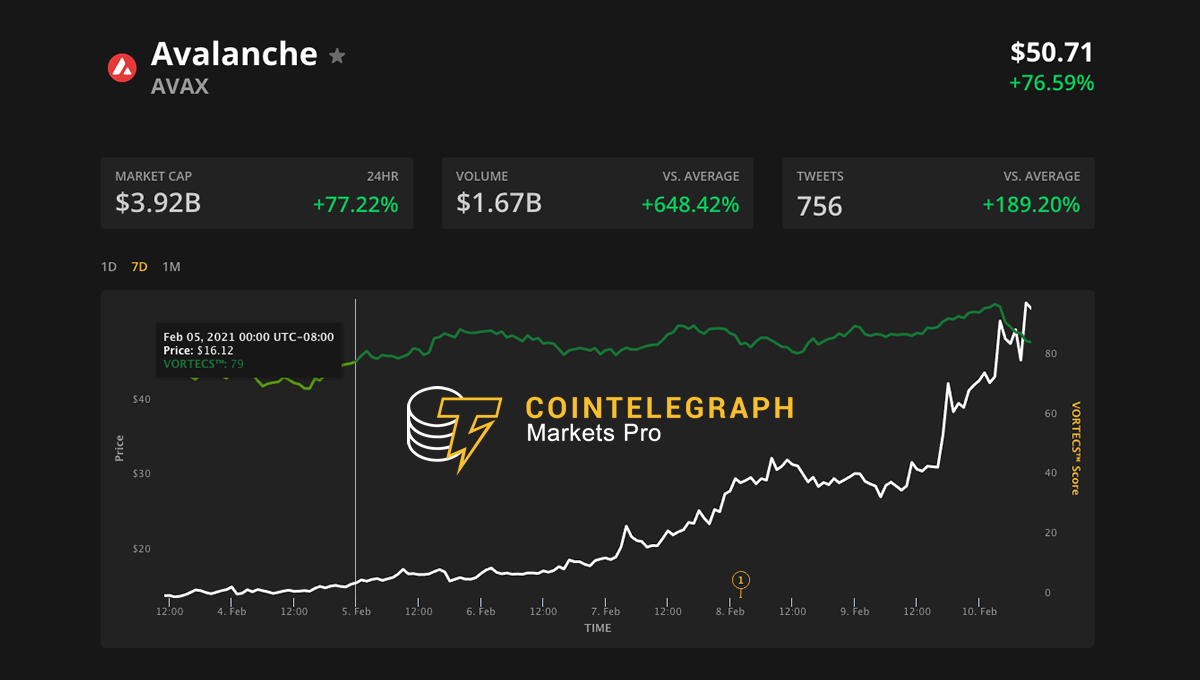 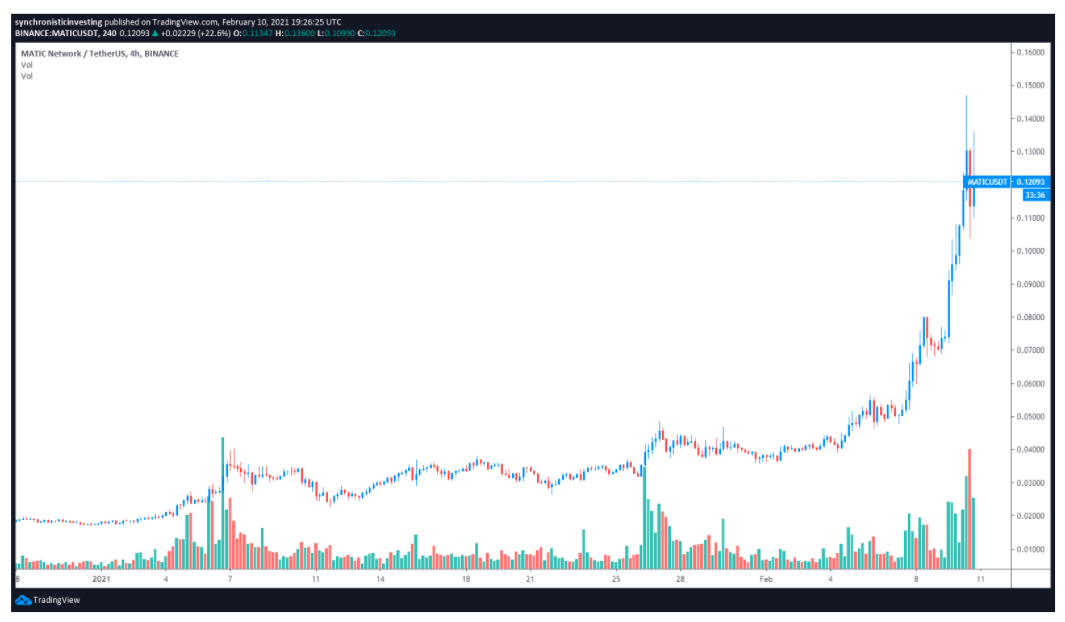 MATIC is another layer-2-based blockchain that aims to draw new users and DeFi protocols looking for an alternative to the Etheruem network.

Since Feb. 4 MATIC price increased from $0.04 to $0.1248 following the project’s rebranding to Polygon on Feb 9. According to the team, Polygon aspires to become the “Polkadot of Ethereum”.

The rebrand comes as Ethereum challengers like Polkadot begin to rise in prominence and threaten to eat away at the top altcoin’s market share. The new Polygon platform is being sold as a layer-two aggregator that supports various Ethereum scalability solutions, including Optimistic Rollups, ZkRollups and StarkWare’s Validium.

While the project offers a similar solution to what Polkadot (DOT), Cosmos (ATOM) and Avalance offer, its Ethereum-centric architecture allows it to benefit from the established network effect and security offered on the Ethereum blockchain. 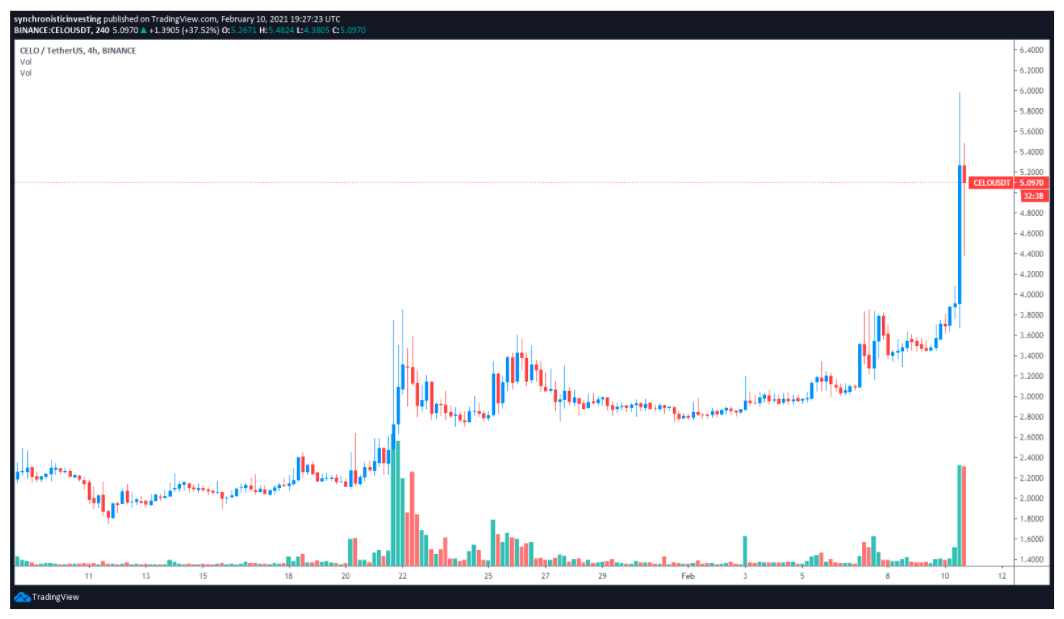 Originally a fork of the Go-Ethereum codebase, Celo has since implemented a pBFT-based PoS consensus protocol which allows the protocol to process and achieve consensus on blocks extremely quickly. This allows for high transactions per second (TPS) while maintaining a secure, decentralized network of validators.

With a mobile-focused platform that is designed to increase cryptocurrency adoption among smartphone users, Celo is now benefiting from being Ethereum Virtual Machine (EVM) compatible as high gas fees plague the Ethereum network and push users to look for viable alternatives.