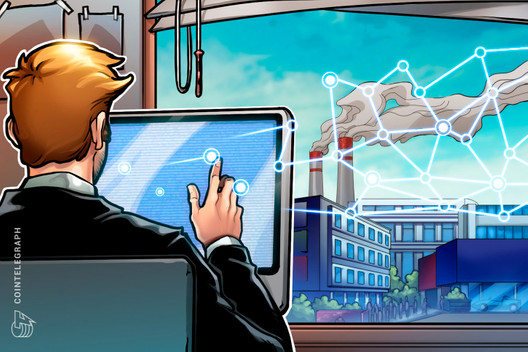 The Austrian government is backing a project that would let citizens submit data about industrial waste heat spots for district heating, receiving tokens as reward.

An Austrian project is set to use blockchain to help find waste heat hotspots in the cities of Vienna and Graz.

Launched by the Austrian Institute of Technology (AIT) on May 12, HotCity is creating a gamification system to crowdsource hotspots around the city and channel them to provide public heating.

The platform will use the Ignis blockchain, part of the Ardor ecosystem developed by Swiss company Jelurida.

Vienna hosts one of Europe’s largest district heating networks, which provides hot water through centralized heating lines in the city.

One of the benefits of such a system is the ability to use waste heat from industrial processes to provide consumers with energy. This has an obvious impact on energy efficiency and CO2 emissions. Viennese energy providers claim a reduction of 75% in energy consumption thanks to this system.

“Plus-energy districts” that produce more heat energy than they consume can generally feed some of that waste heat into the grid, increasing efficiency.

But while large sources of waste heat, like large factories and data centers, are easy to identify, smaller sources remain untapped.

The HotCity project would thus help form precise and granular data sets that could help improve urban planning in Austria. The project received a 310,000 Euro grant from the Austrian Federal Ministry for Climate Action, Environment, Energy, Mobility, Innovation, and Technology.

Dr. Ernst Gebetsroither-Geringer, the HotCity project lead from the AIT, told Cointelegraph that Vienna is estimated to produce 400 Gigawatt Hours of usable waste heat. Though not all of it will be economical to use, this is what the HotCity project is about:

“The idea is to develop a method with gamification to estimate the potentials [...] The crowdsourcing does not recover the waste heat it ‘only’ shows the potentials which exist.”

The HotCity platform aims to make collecting the necessary data “voluntary and playful,” rewarding the users with tokens that can be redeemed for goods and services. The citizens can submit the information with an app by doing physical on-site inspections, or even just scanning photos and Google Maps.

As Gebetsroither-Geringer explained, blockchain is used both to secure the data and make it private, while also facilitating the exchange of tokens into specific vouchers.

He speculated that use of blockchain could extend further than that:

[Blockchain] could also be used by prosumers (small energy waste producers) if they want to sell their waste energy and use smart contracts and blockchain to do this. But this use of blockchain to sell the waste heat is not implemented in HotCity.”

The project will be tested in Vienna and Graz for the next heating season in October 2020, after plans for an early 2020 pilot were delayed by the Coronavirus pandemic.