As Bitcoin Tests $10K, Experts Answer: ‘Where to From Here?’ 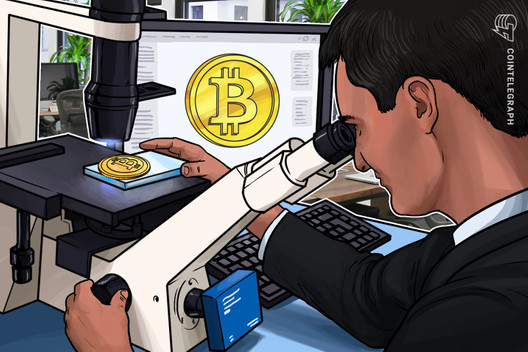 With Bitcoin rallying to test $10,000, Cointelegraph reached out to several top crypto analysts to get their take on what the halving means for Bitcoin’s price.

Ahead of Bitcoin’s third halving early next week, the markets have rallied to test the crucial $10,000 zone.

While the halving has historically been seen as a catalyst for major shifts toward bullish momentum in the markets, Bitcoin enters this halving amid a global climate of extreme economic uncertainty, and on the back of a nearly 150% gain over less than two months.

Cointelegraph spoke to several top crypto analysts to get their take on the current market action. Their answers ranged from wariness to optimism.

Some analysts offer a cautious outlook

“This Bitcoin halving will certainly be different to the last,” stated Ontology co-founder Andy Ji, adding: “Bitcoin and the crypto industry now face new challenges as current trends such as de-globalization and COVID-19 impact the world.”

Ji asserts that we can be “cautiously optimistic about the Bitcoin Halving in relation to price,” arguing that as the “news that the Bitcoin halving is happening is widely known, it’s less likely that it will drive price upwards as much as it did the last time.”

NEM Ventures’ head of trading, Nicholas Pelecanos, stated that while the halving “has historically signaled the start of Bitcoin's most tremendous bull runs,” past analysis shows that the event usually triggers “a brief sell-off.”

“The 2012 halving was followed by an immediate 10% sell-off and the 2016 sell-off witnessed an extended 38% decline. Both halvings were followed by an approximate 50-day decline in the hashrate,” he said.

But other analysts see a bright future ahead. Mati Greenspan, the founder of Quantum Economics, emphasized the attraction of Bitcoin’s scarcity amid the unprecedented quantitative easing measures being deployed in the United States:

“All the attention has been on BTC lately as the halving event reminds us of this unique asset's star quality, digital scarcity — especially during this time of mass quantitative easing in the traditional markets.”

Senior Market Analyst at IG, Joshua Mahoney, also highlighted the positive impact that unbridled stimulus may have on the crypto asset markets.

“The truth on the ground is very different and the desperation to keep markets pushing higher means we are likely to see more and more stimulus come into force. That is good for Bitcoin and other non-fiat assets such as gold,” he said.

“From a wider perspective, the huge growth in central bank easing and government debt highlights why many feel the need to store their wealth in alternative assets to avoid the apparent depreciation that could be on the cards, Mahoney noted, adding: “Crucially, this drive higher appears to be feeding into the historical pre-halving trend that could point towards huge upside over the coming year.”

“As things stand, we are in line to post a 182% rise for Bitcoin since the lows of December 2018, and the surge we are currently seeing paints a bullish picture for the months following this third halving.”

“While we don’t know how the upcoming halving will affect the price of Bitcoin, we do know that investments are pouring into the institutional market and more individuals are investing in Bitcoin than ever before,” said Gauthier

“The crypto market continues to climb, in a trend very similar to what we saw pre-halving in 2016,” he added.