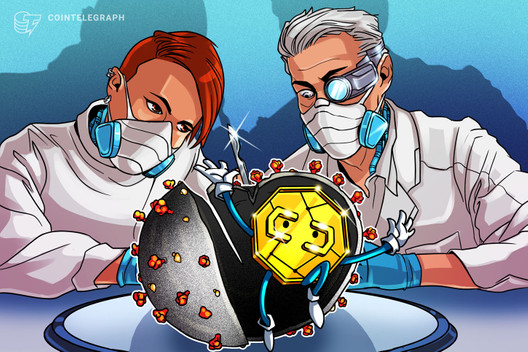 Anthony Pompliano argued that government stimulus measures will drive the adoption of alternative stores of value and non-correlated assets at Consensus.

During a discussion with Binance CEO Changpeng Zhao at Consensus: Distributed on May 12, Pomp argued that the uncertainty and fear surrounding the monetary policies introduced to stem the impacts of the economic slowdown will drive ordinary people to seek out hedges against inflation and alternative stores of value.

Stimulus will up demand for alternative assets

When asked if the coronavirus pandemic is driving more people toward cryptocurrencies, Pompliano stated, “I don’t know if COVID-19 necessarily does, I think the response to COVID-19 probably does that you’re gonna see central banks around the world print trillions of dollars.”

“The fear of inflation, whether it actually happens or not, will drive people to, one — seek out something like a Bitcoin that is an inflation hedge, and two — as currencies fail, people will look for [what's] able to store value or move value easier,” he continued.

"As we see in places like Lebanon, etc. — where there's just a lot of capital controls and kind of nefarious behavior from banks and governments — I think people will seek out assets that only require an internet connection to be able to transact, so that is super bullish for Bitcoin and crypto in general."

Zhao also emphasized the implications of bailing out large companies deemed "too big to fail" amid the recession, stating:

"Any company that requires a bailout is basically mismanaged by definition, and those long-term impacts are severe. So who is going to bail out the government? If you are a fund and you start investing in a lot of failed companies, the fund is not going to do well."

“Those longer-term impacts are actually very painful and very impactful,” he said, stating, “They don’t show up on the second day, but when they do slowly show up — those impacts are huge.”

“I think, as many people say, this is the perfect storm for cryptocurrency,” Zhao added.