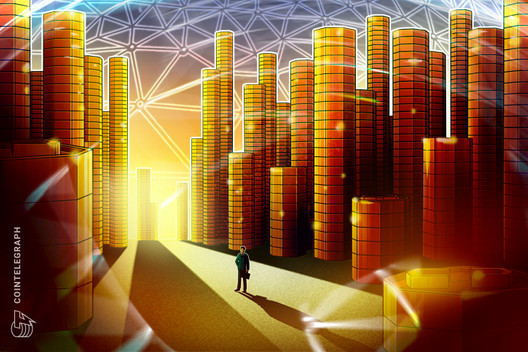 Top venture capital firm Andreessen Horowitz is expanding its presence in the crypto sector. The United States-based company has raised $515 million for its second crypto-focused fund, according to an April 14 article on Fortune.

Earlier reports suggested that Andreessen Horowitz, also called a16z, was hoping to accumulate $450 million in capital for the new vehicle, meaning that the firm has surpassed the initial goal by $65 million.

The new fund will focus on blockchain startups

Similarly to Andreessen Horowitz’s first crypto-oriented fund, which raised $300 million in 2018, the new endeavor will reportedly focus on blockchain projects, although the Fortune report does not mention startups working with digital assets.

"It's very rare that major, new computing paradigms come along, and we think this is on the scale of cloud and mobile for the Internet."

Dixon added that he expects to see many new blockchains being launched in 2020. That includes Dfinity, a blockchain-based cloud computing project that a16z has already backed via its first crypto fund.

Being one of the first venture capital firms to enter the space, Andreessen Horowitz has invested in a variety of crypto projects so far, including Libra, Maker DAO (MKR), and Coinbase, among others.

The company’s involvement with the crypto industry isn’t limited to investments. In December 2019, a16z announced a free, seven-week crypto startup school, scheduled to launch in February 2020, although there has been no update on that since.

Cointelegraph has reached out to Andreessen Horowitz for additional details, but has yet to hear back from the firm. This story will be updated should we receive a response.