Ammous and Voorhees Come to Consensus on Failures of Centralized Powers 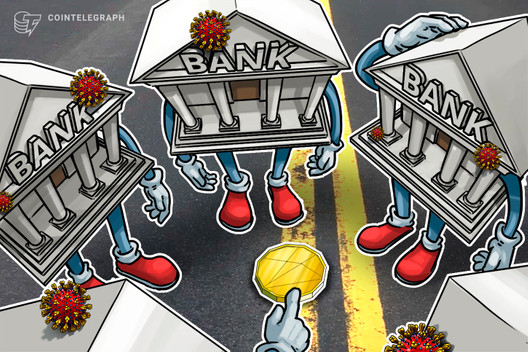 Two of the cryptocurrency space’s most outspoken critics of central banks spoke about failures during the current coronavirus pandemic and how Bitcoin could have prevented them.

Saifedean Ammous and Eric Voorhees spoke at the Consensus: Distributed conference, May 11, focusing on concerns over the actions of central banks and government in response to the current coronavirus pandemic.

Both speakers expressed a belief that Bitcoin, as a non-political form of money, would be far better placed to see the world through the current crisis.

On the fiscal stimulus measures taken by governments around the world, both men were particularly critical, with Ammous pointing out:

“The hit of the addict always feels good when you first take it. It’s the withdrawal that’s the problem.”

While central banks may seem like heroes to some at the moment, Ammous continued, the real question is why does the current monetary system require such measures. He opined that it is neither normal nor healthy.

Vorhees agreed that regulators had opened a Pandora’s Box during the last financial crisis, when there was much debate before policies of quantitative easing. This time, they made the decision to print huge quantities of new money almost immediately.

This is not wealth generation, said Voorhees, but “taking money from the future and redistributing it today,” along with stealing it from all those who currently hold it, through devaluation.

While many tried to push the independence of central banks in the 1980s, this was untenable, explained Ammous, as they enjoy a monopoly afforded to them by governments and hence cannot be apolitical.

Bitcoin’s monetary policy on the other hand, is automated, and though many have tried to change it, none have succeeded. As a result, Ammous believes that it can only gain credibility as a store of value and medium of exchange.

Fear of a virus does not give us the ability to change mathematics or gravity, he explained, and something as important as money should not be in the purview of governments, making decisions they don’t really understand.

Both men predicted a bright future for Bitcoin and crypto, with Voorhees concluding:

“I’m thankful that the governments of the world have not realized as quickly as I feared they might how existential of a threat Bitcoin and cryptocurrencies were to fiat.”