The mood across the cryptocurrency is one of growing anticipation as the price of Bitcoin (BTC) continues to trade just below $47,000. The sideways price action has analysts warning that an “explosive volatility period” is rapidly approaching but few have been willing to predict the direction of the breakout.

While Bitcoin price compresses, the altcoin market has come alive and multiple tokens are posting notable gains, especially in the DeFi cohort. 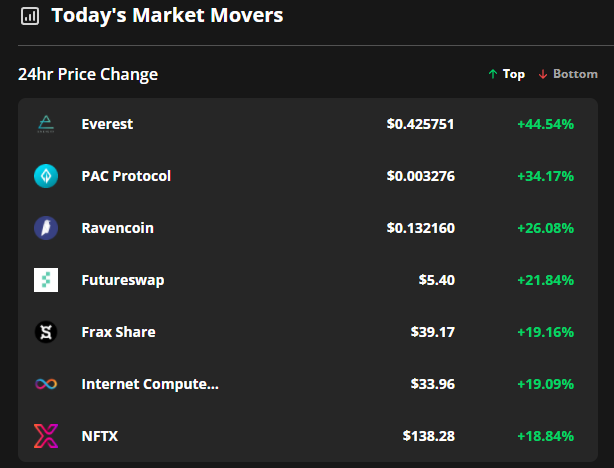 Data from Cointelegraph Markets Pro and TradingView shows that the biggest gainers over the past 24-hours were Everest (ID), PAC Protocol (PAC) and Ravencoin.

Everest is a blockchain company with a focus on removing barriers to public services and enhancing economic inclusion through the creation of a device-free, global digital transaction protocol with built-in identity features.

VORTECS™ data from Cointelegraph Markets Pro began to detect a bullish outlook for ID on Dec. 30, prior to the recent price rise. 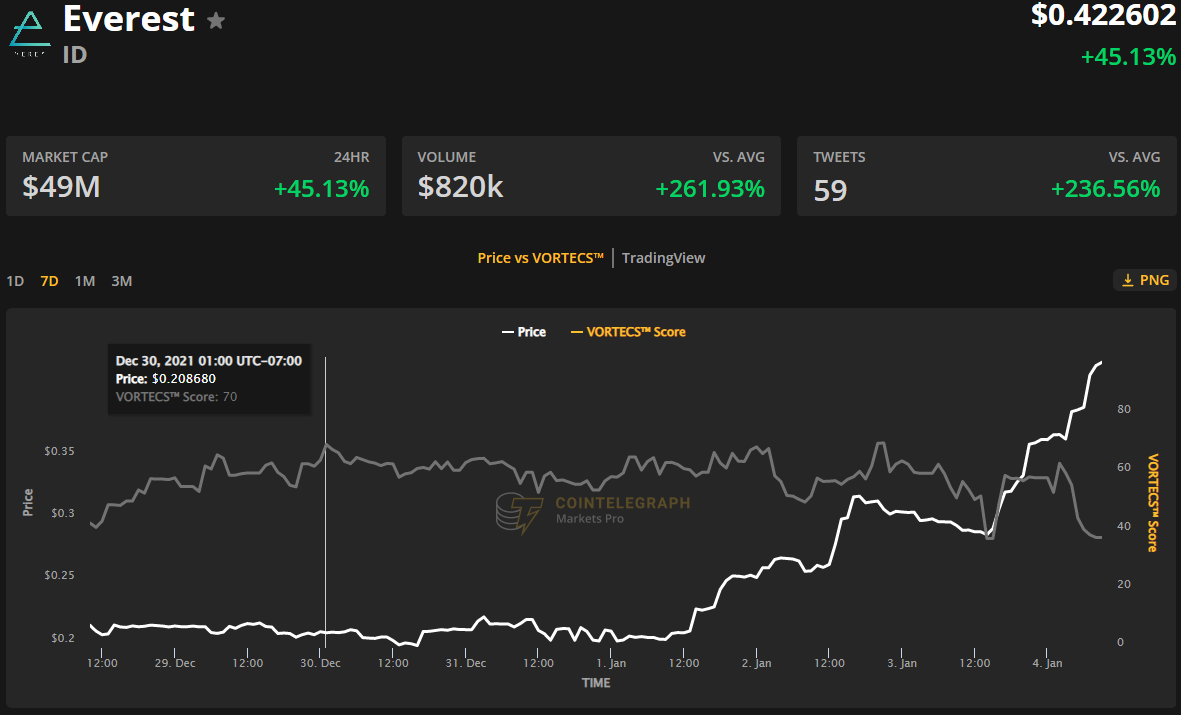 As seen in the chart above, the VORTECS™ Score for ID began to pick up on Dec. 30 and reached a high score of 70 around 44 hours before the price began to increase by 115% over the next three days.

The climbing price of ID comes as the Everest project is in the process of rolling out bridges connecting EverChain with multiple blockchain networks including Polygon, Binance Smart Chain, Avalanche and Solana.

The PAC Procotol, a next-generation blockchain masternode network that has more than 18,000 active nodes, saw its token price increase 36% over the past 24-hours. 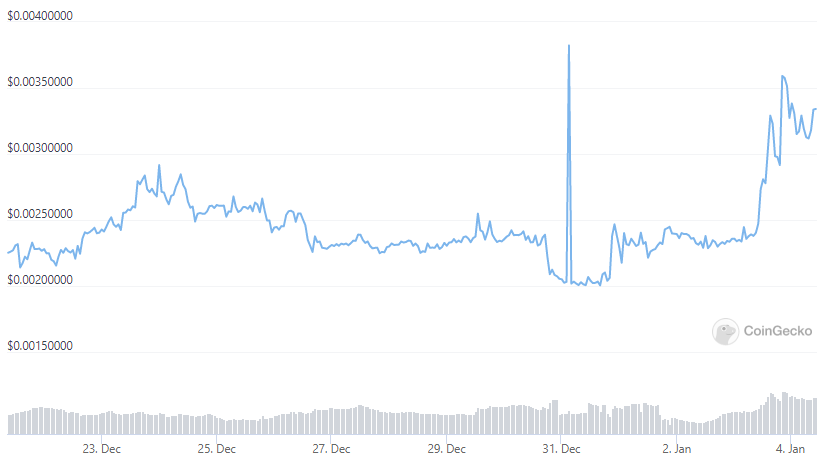 The building momentum for PAC comes as the project has begun rolling out the beta version of its yanDNA™ data storage accounts and is offering 5 gigabytes of free storage for early adopters.

Ravencoin, a blockchain network specifically designed to efficiently handle the transfer of assets from one party to another, has seen its price spike 34% over the past 24-hours.

VORTECS™ data from Cointelegraph Markets Pro began to detect a bullish outlook for ID on Dec. 30, prior to the recent price rise. 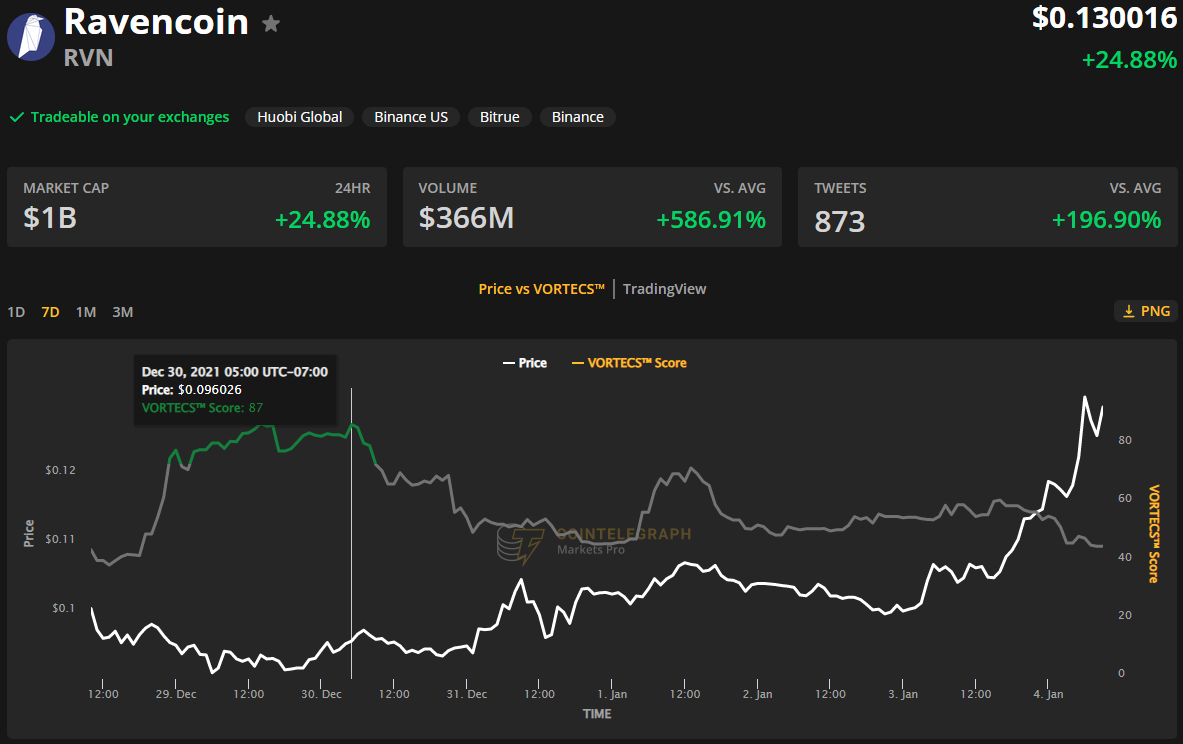 The bullish move for RVN comes as the project is celebrating the four-year anniversary of its official launch and now looks to pivot to developing the “next generation of financial technology for Wall Street on Ravencoin” while also expanding its NFT capabilities.