Bitcoin (BTC) did not “crash” this weekend and is in fact performing exactly as expected, says the creator of the renowned stock-to-flow price indicator.

In a tweet on March 8, the analyst PlanB said that even though BTC/USD had dropped below $8,000, the downward pressure was actually a non-event.

Sharing the latest version of Bitcoin’s stock-to-flow forecast, he summarized:

Stock-to-flow is a measure of where Bitcoin should go based on its existing supply — the stock — versus the “new” Bitcoins that enter circulation, or the flow. The resulting ratio determines the expectations, which call for BTC/USD to hit $100,000 at some point in 2021.

Prior to May’s block reward halving, which should catalyze price growth, PlanB’s model calls for substantially lower average readings of below $10,000. 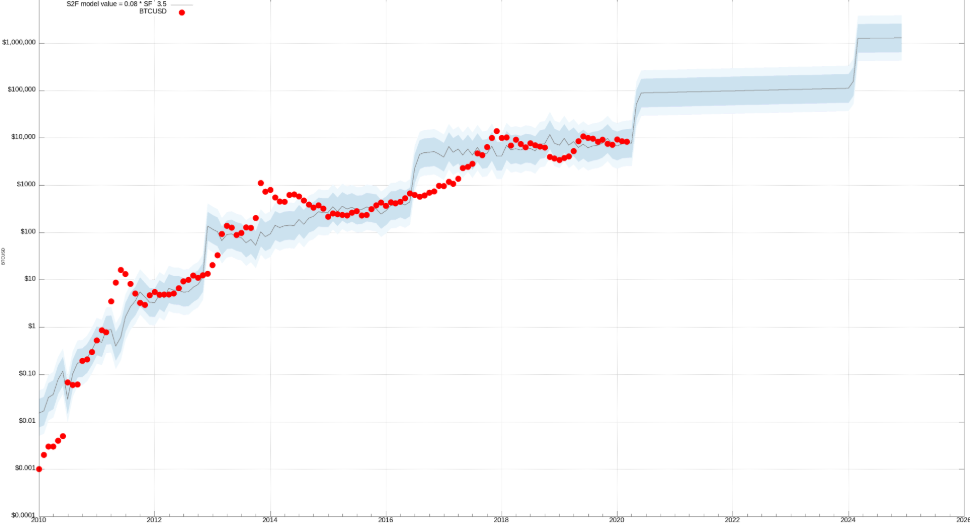 As Cointelegraph reported, stock-to-flow has proved extremely accurate at charting Bitcoin’s journey. In spite of this, PlanB has faced criticism in recent times from those who claim $100,000, in particular, is too optimistic.

Defending his reasoning, he argued that those naysayers had both failed to prove that stock-to-flow is wrong and to produce a valid alternative.

At the same time, PlanB noted that Bitcoin’s difficulty is set to increase on Monday, regardless of price action.

“No sign of weakness 2 months before the halving,” he added, describing the roughly 7% hike to new all-time highs as “massive.”

Bitcoin’s hash rate — a rough estimate of implied computing power that miners dedicate to the network — hit all-time highs of its own last week.