3 Technical Factors Point to a Bitcoin Price Correction After Halving 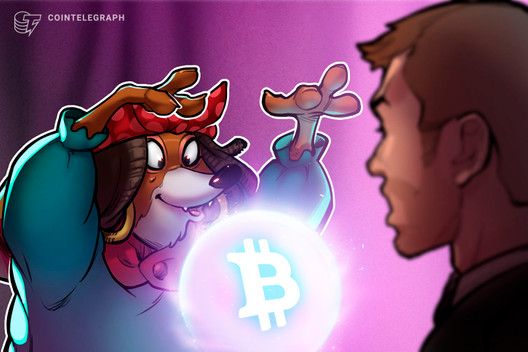 Bitcoin price has risen to $9,887 but is strongly overbought, increasing the possibility of a post-halving sell-off.

The Bitcoin (BTC) price has seen a strong recovery to $9,887 since mid-March, rising by more than $6,000 within a span of two months. The rapid upsurge was caused in anticipation of the block reward halving that is set to occur on May 12.

The halving will continue to be the main narrative around the Bitcoin price trend throughout the next two years, as it directly affects the supply of BTC. It reduces the rate in which new BTC is mined by half, causing its supply in the market to drop.

While a positive long-term effect of the halving on the Bitcoin price is undoubtable, analysts still anticipate that three main factors will cause a drop-off shortly after the halving occurs.

The Relative Strength Index (RSI), an indicator that is used to determine whether an asset is oversold or overbought, is flashing highly overbought conditions for Bitcoin.

On the daily chart, the RSI hovers at 79. Any reading above 75 is considered overbought, and below 30 is acknowledged as being oversold. 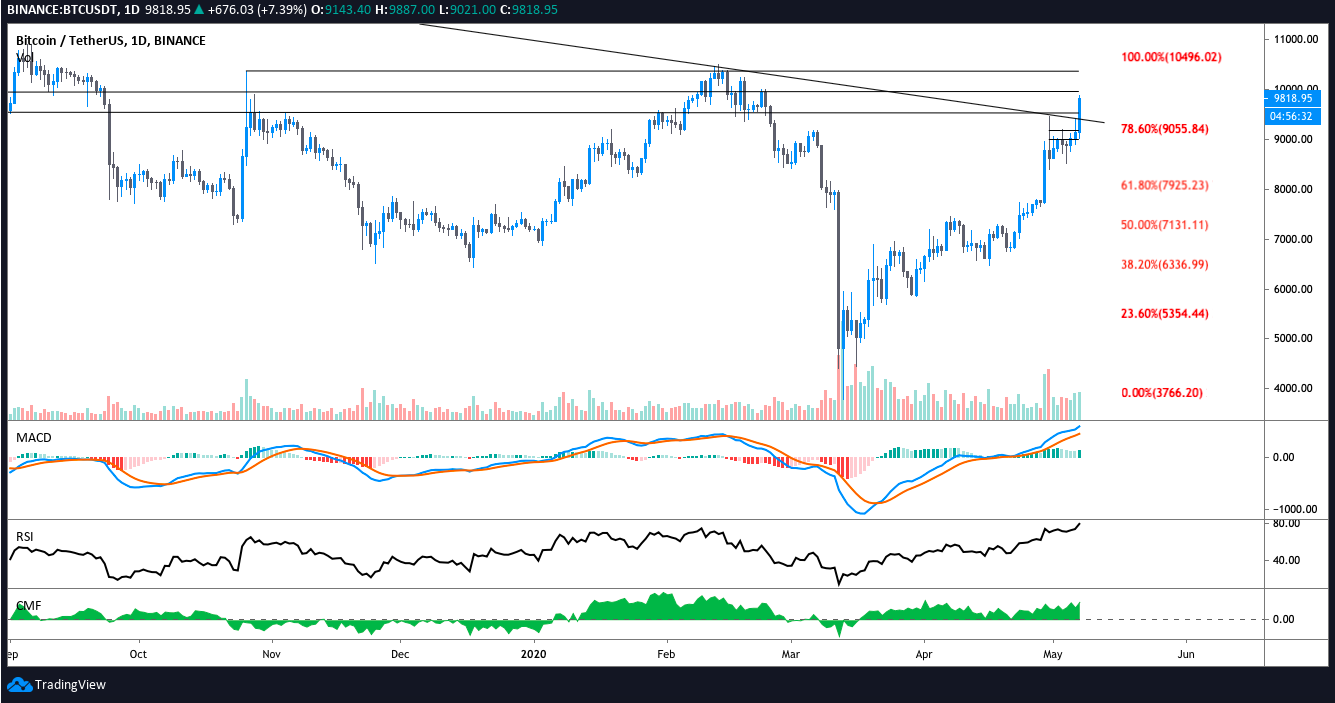 There are also counterarguments for high RSI levels. Some argue that in an extended bull market, Bitcoin can remain oversold for longer periods of time than in normal price cycles. Hence, depending on Bitcoin’s price movement, the RSI can act as a positive catalyst for the dominant cryptocurrency.

After the second Bitcoin halving In 2016, the price of BTC immediately dropped and analysts predict that the upcoming halving will see a similar result.

A sell-off following a highly anticipated event typically happens in the cryptocurrency market, where investors respond with a sell-the-news approach. When over-leveraged investors are forced to lower their positions and the hopium around the event subsides, the Bitcoin price tends to rebound again.

Logan Han, a hedge fund manager and cryptocurrency investor, suggested that the Bitcoin price is likely to react with a sell-off after the halving. 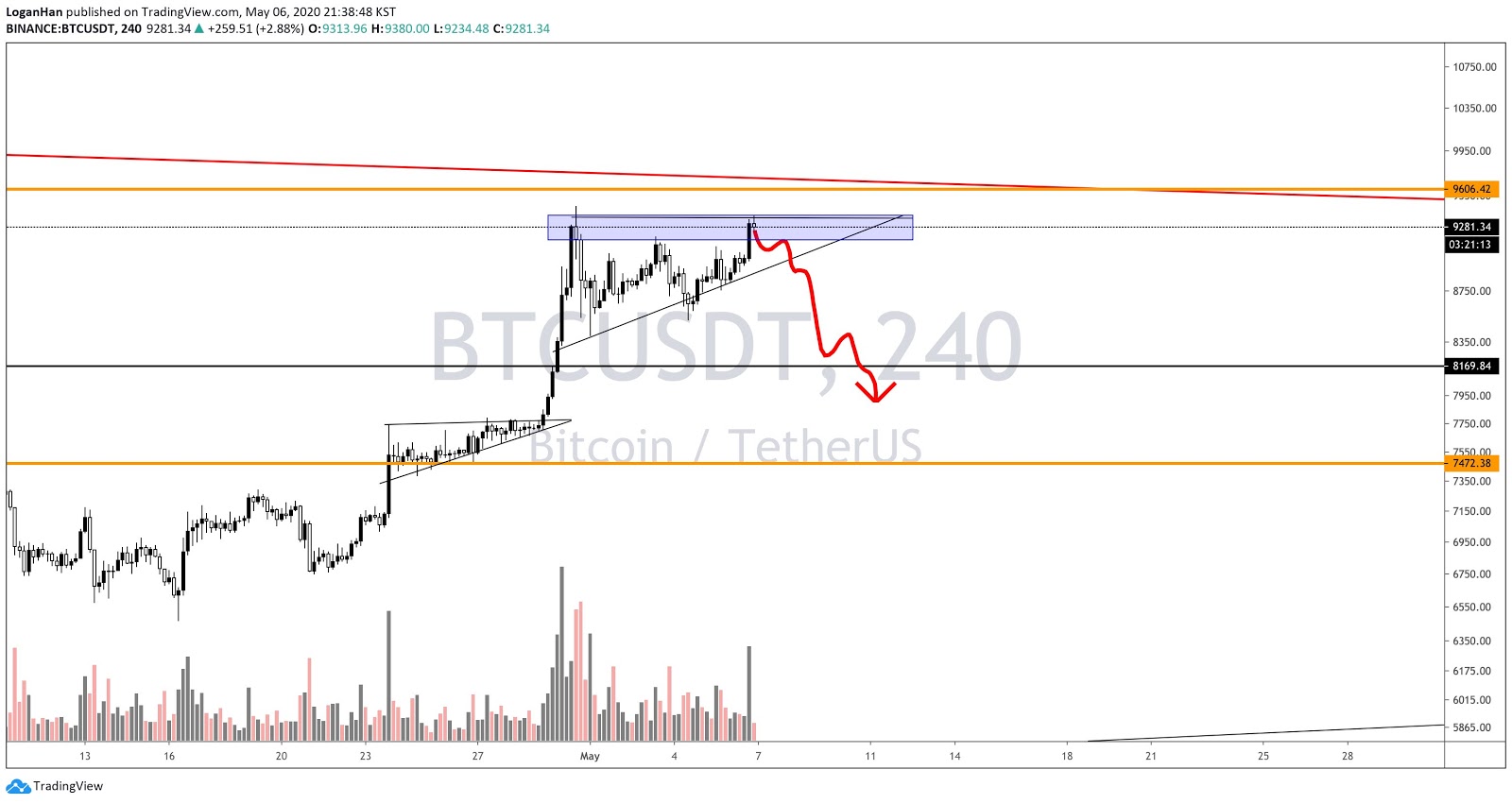 Another cryptocurrency trader known as Satoshi Flipper said that following the retest of the $9,400 resistance level, BTC may test the mid-$8,000 region after the halving.

The U.S. stock market demonstrated firm momentum in recent weeks as the U.S., Spain, and Italy prepare to reopen their economies.

In a recent interview with ABC, U.S. President Donald Trump reaffirmed his decision to reopen the U.S. as soon as possible, relying on social distancing to reduce the spread of coronavirus.

Similar to the cryptocurrency market, there exists a strong possibility that the stock market responds with a sell-off when the economy reopens.

Currently, a number of high-profile billionaire investors are holding on to cash and hedge positions despite the recent recovery of stocks. This shows that the confidence towards a complete market rebound is relatively low.

A stock market pullback in the near-term as a result of poor Q2 earnings, a decline in global economic growth, and the struggle of major conglomerates could add selling pressure on high-risk assets like single-stocks and Bitcoin.