NEAR price enters price discovery following the successful completion of a $150 million funding round and exponential ecosystem growth.

The layer one (L1) battle is starting to heat up again and multiple protocols have seen their token values rise in recent weeks as traders venture out to see what life is like outside of the Ethereum (ETH) network.

One L1 protocol that has seen its token price climb to a new all-time high this week was NEAR, a community-run cloud computing platform focused on interoperability and lightning quick transaction speed.

Data from Cointelegraph Markets Pro and TradingView show that, following a pullback that hit a low of $13.10 on Jan. 9, the price of NEAR climbed more than 50% to establish a new record high at $20.36 on Jan. 14. 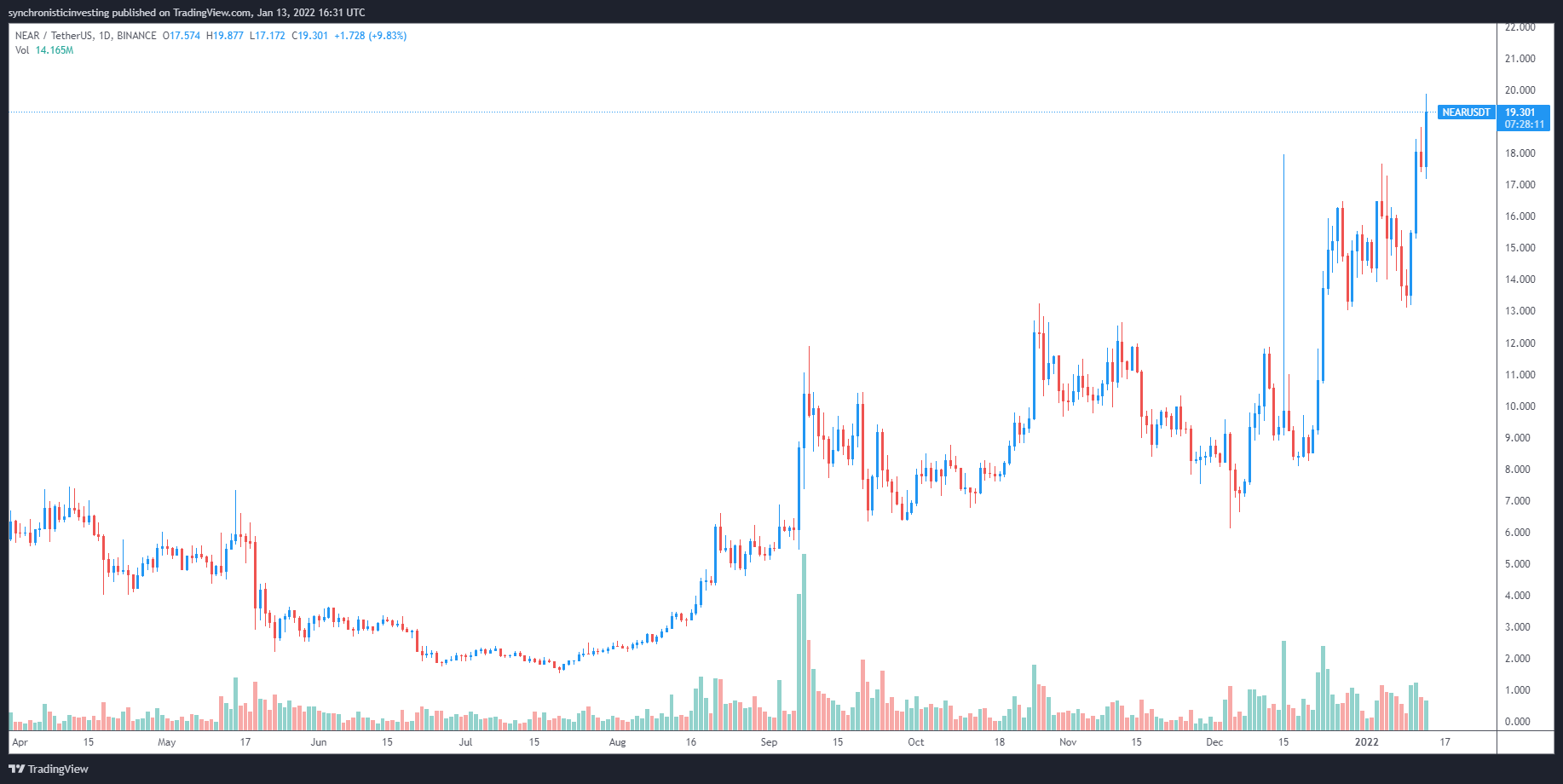 Three reasons that contributed to the growing strength of NEAR include the successful completion of a $150 million funding round, the success of the Aurora cross-chain bridge protocol and an expanding ecosystem of projects and developers working on the NEAR network.

NEAR raises $150 million in funding round

The most recent price spike followed an announcement that the team had successfully closed its latest funding round, raising $150 million from a variety of investors including Dragonfly Capital, a16z, Alameda and Circle Ventures.

@NEARProtocol raises $150M to boost ecosystem growth! #NEAR has announced the close of a $150 million funding round led by @zhusu's Three Arrow Capital.

NEAR plans to use the funds raised to accelerate the adoption of Web3 technologies via ecosystem funding, developing out regional hubs for the NEAR community to help raise awareness for the brand and by providing support to the projects building on the protocol.

In addition to the communities established in Asia, Africa and Europe, NEAR is also looking to expand its reach to Latin America, Turkey and India.

A second factor behind the rise of NEAR over the past month was the successful launch of Aurora protocol. This platform is built on NEAR and it helps users and the decentralized applications that operate on the Ethereum network bridge to NEAR protocol.

Aurora utilizes the Rainbow Bridge to facilitate the migration of assets between supported networks and has quickly become a popular protocol for cross-chain transfers with more than $732 million in total value locked according to data from Defi Llama.

As a result of the increased activity brought by the increased adoption of projects on NEAR and the migration of tokens from Ethereum, the daily transaction count on the NEAR network established a new record high of 721,061 transactions on Jan. 11

Daily number of transactions on NEAR. Source: NEAR

Related: Which layer-one protocols will outperform in 2022?

A third development helping to boost the value of the NEAR ecosystem has been the growth of its developer community. There has been an increase in the number of projects launched or bridged to the NEAR network over the past two months.

Developers on #NEAR get 30% of the txns fees spent on their contract!! - maybe one of many reasons why MAD on @NEARProtocol is growing rapidly and has shown 4x+ growth in 1 year!
Top 3 in fastest-growing dev ecosystem pic.twitter.com/UCe9jYVRcG

As seen in the tweet above, NEAR now has the third-fastest growing developer community across the whole of the cryptocurrency ecosystem, thanks in part to the fact that developers on NEAR get 30% of the transaction fees spent on their contract. This provides an income for developers in a field where compensation is not always guaranteed.

The expanding developer community combined with the release of a cross-chain bridge has led to an expansion of the NEAR ecosystem which continues to grow and attract new projects. 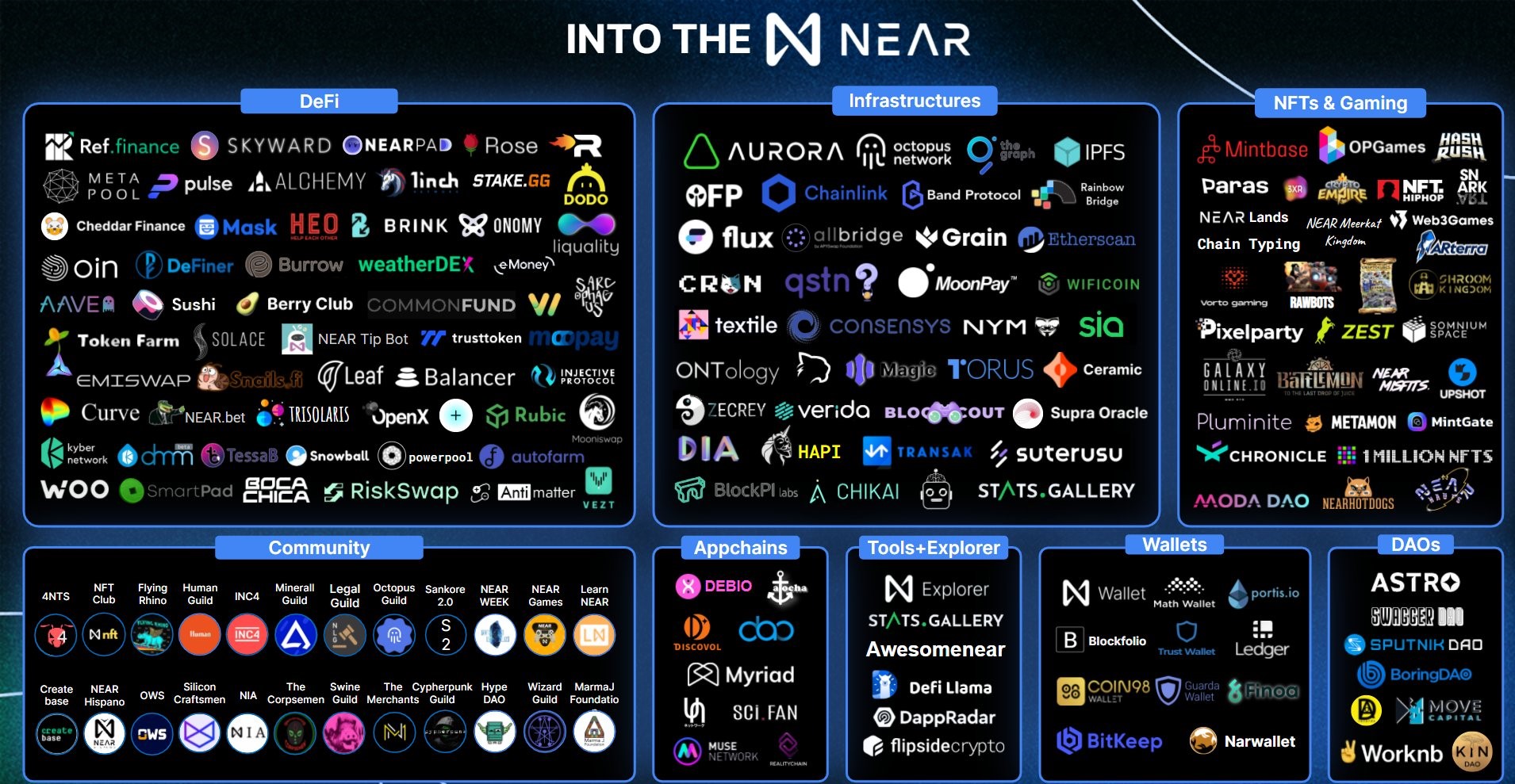 Projects in the NEAR ecosystem. Source: NEAR Mates

VORTECS™ data from Cointelegraph Markets Pro began to detect a bullish outlook for NEAR on Jan. 9, prior to the recent price rise. 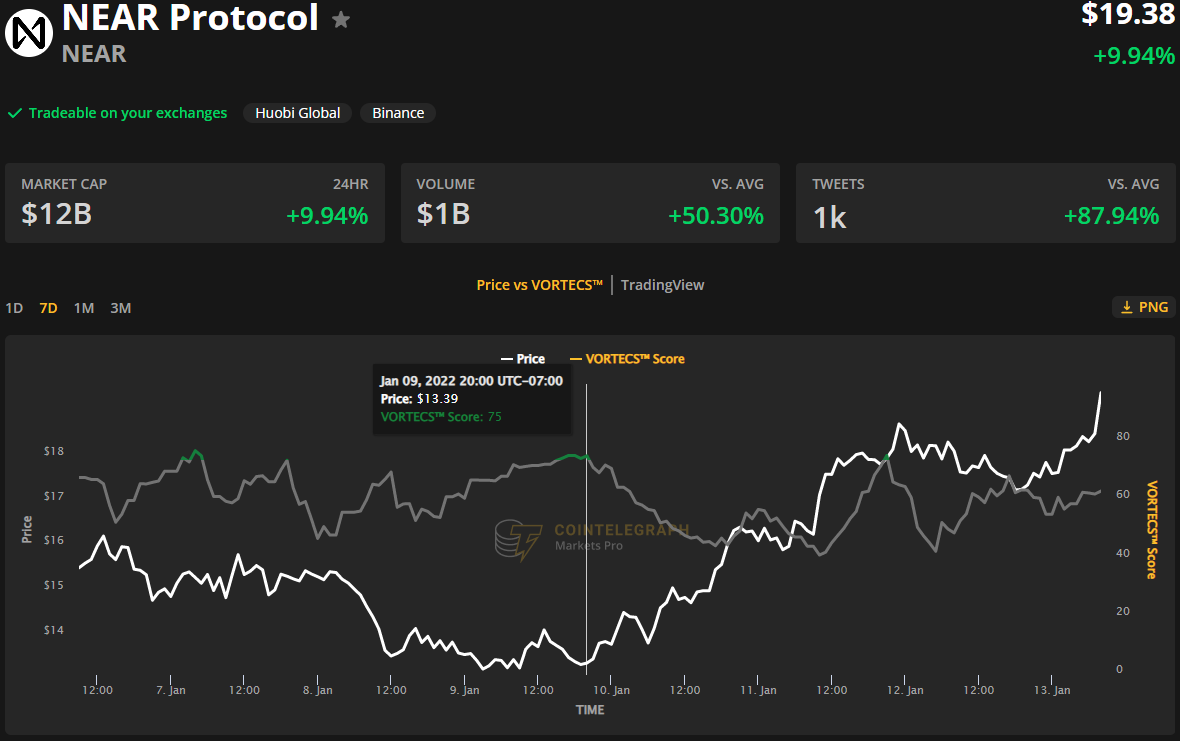 As seen in the chart above, the VORTECS™ Score for NEAR climbed into the green zone on Jan. 9 and hit a high of 75 around one hour before the price began to increase by 52% over the next four days.

Poloniex celebrates its 8th anniversary in the crypto space!

Ethereum Is No Longer a One-Chain Ecosystem

DeHorizon with its DAO: A brand-new attempt in the Metaverse field