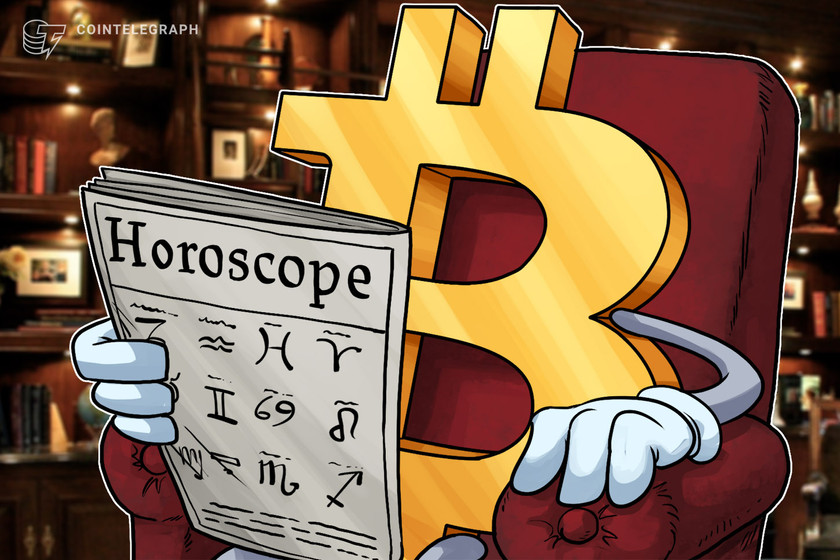 In the short term, there are three factors that could enhance bullish sentiment and push the price above $11,000. The possible catalysts are Square’s $50 million investment in Bitcoin, a prolonged accumulation phase, and the recent spike in on-chain activity. 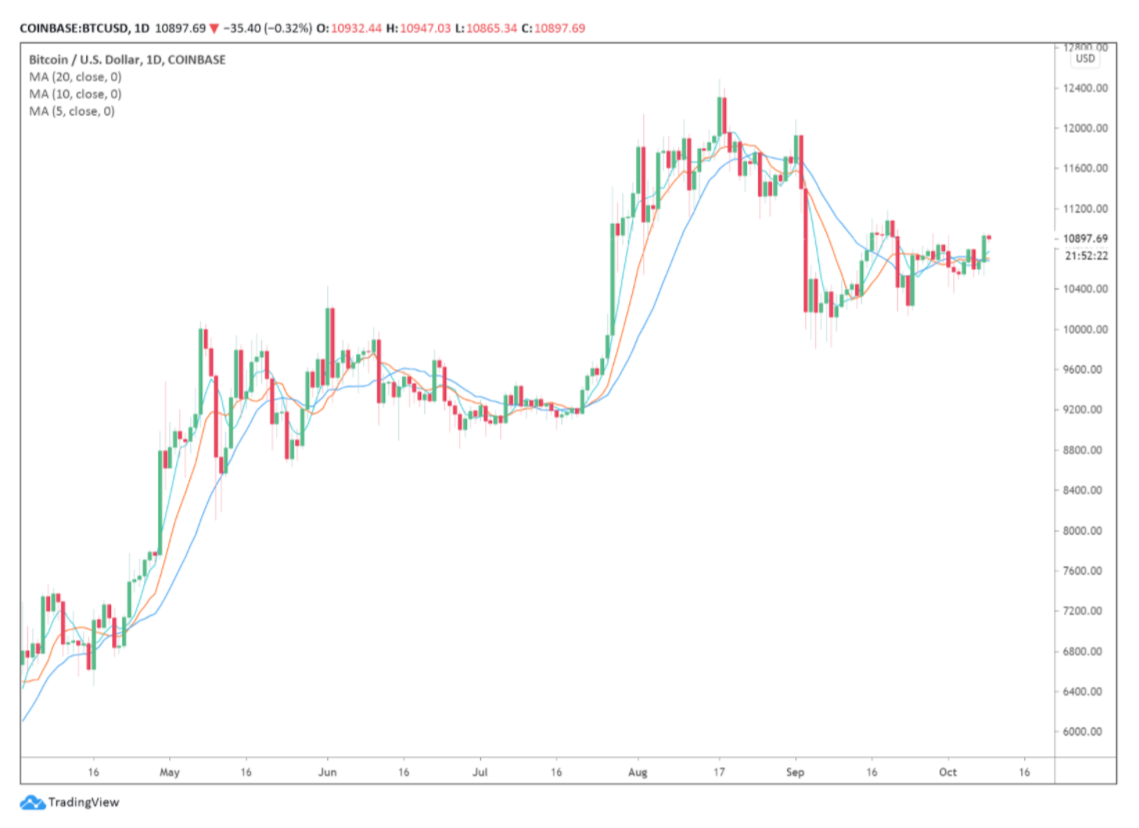 On Oct. 8, Square, an $81 billion payments conglomerate, announced that it had purchased $50 million worth of Bitcoin which represents 1% of the company’s total assets.

“We believe that bitcoin has the potential to be a more ubiquitous currency in the future. As it grows in adoption, we intend to learn and participate in a disciplined way. For a company that is building products based on a more inclusive future, this investment is a step on that journey.”

A $50 million investment for a company the size of Square is not a major allocation but it does symbolize the rising institutional demand institutions have for Bitcoin as an investment vehicle and a store of value.

The announcement comes merely a month after MicroStrategy, a Nasdaq-listed billion-dollar firm, bought $425 million worth of Bitcoin.

Mohit Sorout, a partner at Bitazu Capital, pinpointed the positive market movement of Bitcoin despite negative events in early October. He noted:

“Fascinating how a myriad of extremely bad news didn't move price but a measly $50m buy from SQ might just force a BTC breakout.”

A prolonged accumulation phase is materializing

Bitcoin has been ranging in between $10,500 and $11,000 for most of the past month. As Cointelegraph reported, when BTC’s volatility sharply drops in an extended period, it makes a large price movement likely.

The Bollinger Bands, an indicator which establishes the price range of an asset based on its volatility, have also narrowed significantly. The 30-day volatility is now at 20%, which historically was only hit 7 times in the past five years.

Various technical indicators indicate that an upsurge in volatility is probable after a prolonged range. It also raises the probability of an accumulation phase forming, given that BTC has protected the $10,500 support level.

According to on-chain analyst Cole Garner, the number of daily active addresses has spiked in recent weeks.

Garner attributed it to a potential increase in demand from investors in China, after the state media’s positive crypto report. 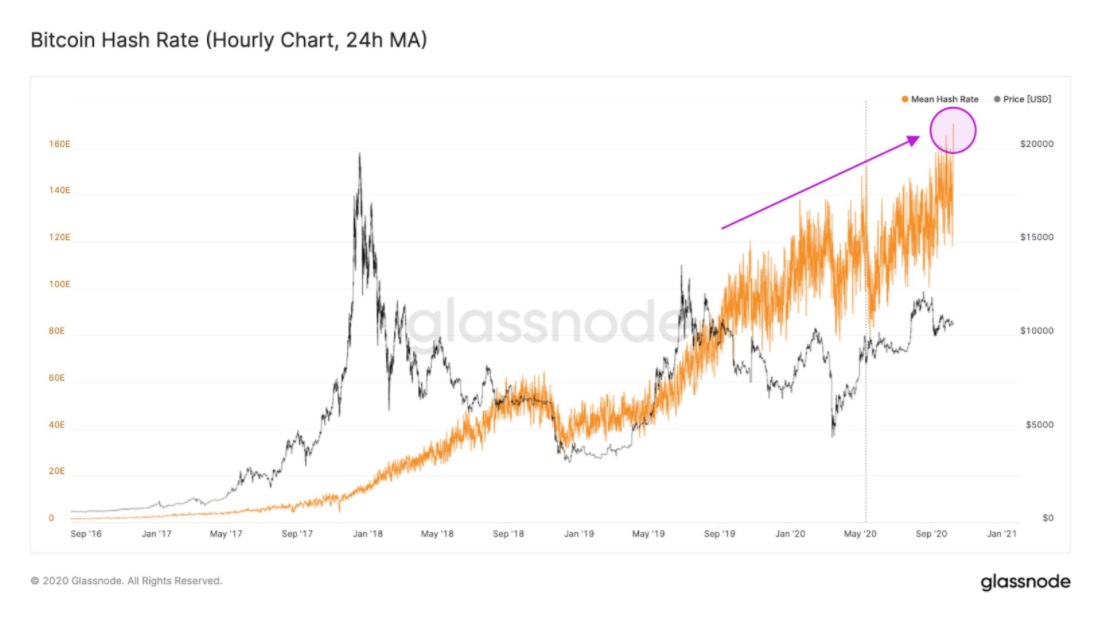 In addition to the Bitcoin blockchain network activity, the hashrate is continuously increasing to new highs. This suggests that miners are confident in the medium-term price trend of BTC. Researchers at glassnode further explained that:

“Bitcoin hash rate hits a new ATH and touches 170 exahash for the first time in history on the hourly chart (24h MA). That is an increase of around 40% since the halving in May, substantially adding to the security of the network.”