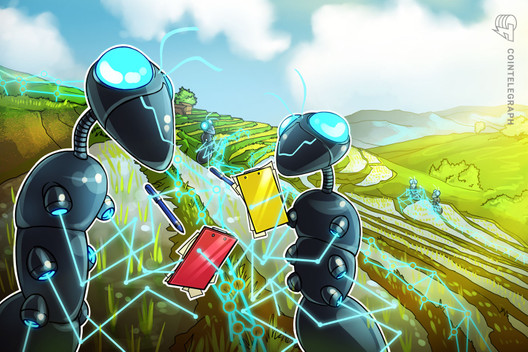 $3.75 billion food safety company has partnered up with the food industry blockchain pioneer to bring food safety to a new whole level.

According to the press release, the two companies are going to work together to use blockchain as a permanent, immutable means to record the whole production process of food consumption and livestock.

Neogen is an international food safety company that provides test kits and relevant products to detect dangerous substances in food, while Ripe was launched in 2017 and seeks to improve food confidence.

John Adent,CEO  Neogen, said in the press statement that:

“Blockchain technology has a lot to offer both our food safety diagnostic and animal genomic customers, as the technology permanently connects a tremendous amount of potentially critical data, including results from Neogen’s tests, to a food product or animal.

Raja Ramachandran, CEO of Ripe Technology (ripe.io) holds a belief that its company’s animal diagnostics and DNA expertise can bring transparency and authenticity on food supply chain. He thinks this will change the food industry and improve food safety for consumption to a whole new level.

As Cointelegraph reported a few months ago, IBM announced a collaboration with Raw Seafoods to digitize the supply chain for scallops sourced from the Atlantic Sea Scallop Fishery via the IBM Blockchain Platform.  Nestlé has also revealed plans for bringing blockchain to its product sourcing process.