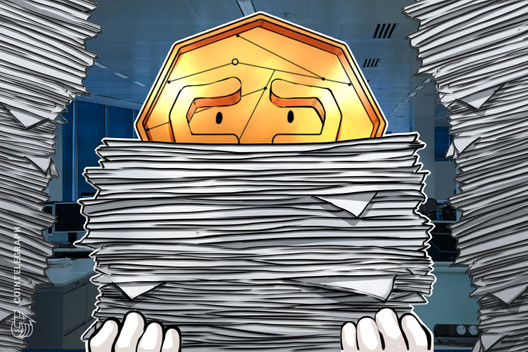 QuadrigaCX trustee Ernst & Young has received close to 17,000 proofs of claim from creditors, denominated in various fiat and cryptocurrencies.

Close to 17,000 creditors of the now-shuttered Canadian crypto exchange QuadrigaCX have filed to reclaim their lost assets.

Details of the claims were revealed in an interim status report published on May 12 by Ernst & Young (EY), the trustee for QuadrigaCX’s ongoing bankruptcy proceedings.

Details of submitted claims so far

The report reveals that as of May 6, EY had received 16,959 proofs of claim denominated in various fiat and cryptocurrencies, many of which included multiple currency components. The currencies span United States dollars and Canadian dollars, as well as Bitcoin (BTC), Bitcoin SV (BSV), Bitcoin Cash (BCH), Bitcoin Gold (BTG), Litecoin (LTC) and Ether (ETH). 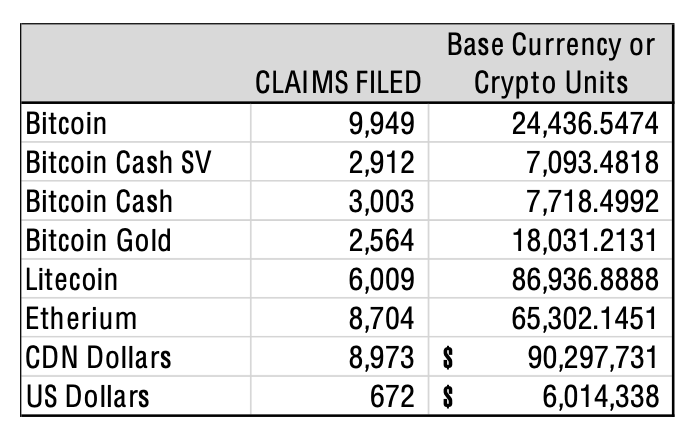 Claims filed by QuadrigaCX creditors with EY as of May 6, 2020. Source: EY

The report indicates that the trustee anticipates that all claims will be converted to Canadian dollars, although respective currency conversion rates have not yet been decided upon.

Neither has EY yet finalized its review of all proofs of claim. The firm has, however, already found a number of proofs that contain technical deficiencies, such as being unsigned. In other cases, it is following up with certain claimants whose submitted proofs diverge from the amounts recorded in QuadrigaCX’s records.

EY has overridden a previous deadline of August 31, 2019 for claimants to submit their proofs and continues to process new submissions, although the report notes that the volume of new claim submissions has “slowed considerably.”

EY lastly notes that QuadrigaCX failed to file its tax returns in the ordinary course of business prior to the onset of bankruptcy proceedings and that, therefore, the outstanding amount of its corporate tax liabilities is currently unknown.

Resolving outstanding liabilities with the Canadian tax authorities will be “necessary prior to the Trustee declaring any distribution to Affected Users or creditors generally as tax claims rank [on equal footing] with the unsecured claims of Affected Users,” EY indicates.

As Cointelegraph reported yesterday, a new survey of cryptocurrency users has revealed the depths of suspicion surrounding the history of QuadrigaCX’s closure. The exchange’s founder and CEO Gerald Cotten — purportedly the sole individual with access to the exchange’s wallets and keys — was reported to have died while doing volunteer work at an orphanage in India.

Some 60% of respondents to the new survey believe Cotten is definitely still alive, while 90% agree that the body reported to be his should be exhumed and autopsied.

Last year, an EY report indicated that QuadrigaCX had around $20.8 million in assets, and around $160 million in liabilities as of April 12, 2019.